Please ensure Javascript is enabled for purposes of website accessibility
Log In Help Join The Motley Fool
Free Article Join Over 1 Million Premium Members And Get More In-Depth Stock Guidance and Research
By Billy Duberstein – Apr 28, 2020 at 8:27AM

How bad is ad revenue, how good is the cloud, and can tech help solve the COVID-19 pandemic?

Search giant Alphabet (GOOG -1.39%) (GOOGL -1.40%) will report its earnings after the markets close on Tuesday, April 28. It will be the first time the technology giant will address shareholders since the COVID-19 pandemic dominated the world's focus.

One can be sure there will be lots of analyst questions as to how Alphabet is reacting to both the medical and economic issues at hand. Here's the questions I'll be watching for. 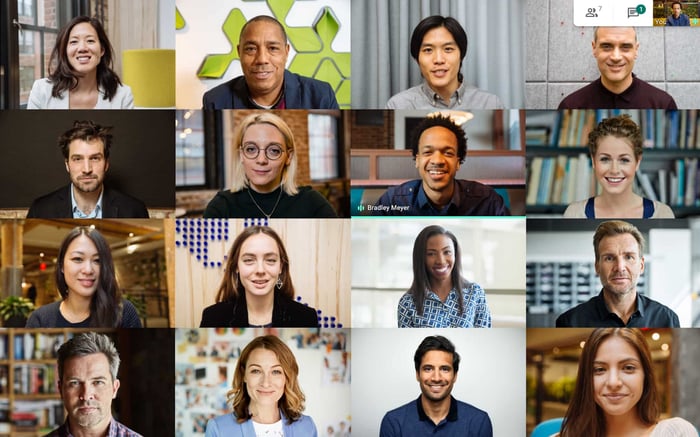 How bad is the advertising situation?

While Alphabet's products span artificial intelligence, self-driving cars, and other cutting-edge technology, it makes the vast majority of its revenue from advertising -- the same revenue stream used by newspapers, cable TV, billboards, and other media stocks. Obviously, with a wide portion of the economy effectively shut down, many businesses are pulling back on ad spend. Advertising revenue accounted for 84% of Alphabet's overall revenue last year, so this pullback will have a material effect on Alphabet's results in Q1, but is expected to be more severely in Q2 and going forward this year.

Up to 40% of Alphabet's ad revenue also comes from industries heavily impacted by the pandemic such as travel, leisure, restaurants, automotive, physical retail and other small businesses. So, investors should be prepared for some very ugly second-quarter guidance, as the second quarter will be fully impacted by shutdowns that began in earnest in the second half of March. Still, Alphabet's earnings should stay in the black, thanks to its dominant position and highly profitable model.

In a note on April 3, MKM partners analyst Rohit Kulkarni predicted a big decline in ad revenue growth, but not a disaster. He anticipates Q1 2020 ad revenue growth of 4%, then going to negative 1% in the second quarter, before gradually recovering to 4% growth again in Q4.

Those numbers appear optimistic given the severity of the shutdown and the continued economic downward revisions since then. In a newer note, RBC analyst Mark Mahaney predicts "core" Google ad revenues will be down 20% in Q2, down 11% year-over-year in Q3, and then up 5% year-over-year amid a recovery in Q4.

There's a wide range of outcomes here, so investors should look out for commentary on current ad trends.

Will Google cloud get a boost?

One segment that should be primed for blockbuster growth is Alphabet's Google Cloud Platform. Google's cloud division made great strides in 2019, with revenue growth of 52.8%, and the underlying infrastructure-as-a-service segment growing at an even faster pace than that. The emergence of Google cloud was one of the reasons Alphabet's stock seemed primed for a big year before the worst effects of the coronavirus shutdowns struck in mid-March.

With more and more remote work, distance education, and telemedicine taking hold in the first quarter, one should expect cloud computing volumes to spike. The company's biggest problem may be how to keep up with the surge in demand. But while cloud demand has no doubt surged, it's unclear if Google will realize all of the monetary spoils. That's because Google may have thought it appropriate to offer aggressive discounts to struggling cloud customers amid the outbreak. If so, cloud revenue growth may not spike quite as much as usage, which could depress margins.

Is Alphabet still buying back stock?

Another reason Alphabet's stock seemed primed for a great year was a step-up in share repurchases hinted at during the February conference call. At that time, CFO Ruth Porat said Alphabet was looking to repurchase the remaining $21 billion on its share repurchase authorization, "at least" at the pace of fourth quarter's $6.1 billion repurchases.

Alphabet can certainly afford it, with some $120 billion in cash on its balance sheet at the end of last year. Still, management has been reluctant to buy back huge amounts of stock in the past, and may have taken its foot off the gas as a precautionary measure amid the pandemic. Share repurchases have also become a bit of a political issue these days, with many politicians vilifying the practice in good times, and likely even more so today with unemployment spiking.

All of the major banks recently agreed to halt share repurchases in March to focus on retaining employees and lending amid the downturn. Alphabet isn't a bank and is certainly in a much different situation, but management may not want to appear greedy when the rest of the economy is sputtering.

How much will Alphabet cut and/or acquire?

Alphabet also recently revealed that it was slashing its marketing budget in half this year, and is currently imposing a hiring freeze across the company, except for a few select areas -- most likely in cloud. In fact, the company is apparently in talks to acquire cloud service company  D2iq, which helps corporations make sense and optimize the myriad infrastructure, platform, application, and workflow options available today. Rumors are that D2iq could be valued at $250 million, which is a pittance for Alphabet, but is yet another sign that Google views the cloud computing race as a must-win segment going forward, even as Alphabet cuts back in other areas.

Finally, Alphabet is reportedly working on a disease tracking application in tandem with Apple (AAPL -1.51%) to track potential coronavirus exposures through an innovative Bluetooth smartphone application. Since Alphabet's Android operating system and Apple's iOS dominate the smartphone industry, these two tech giants could help U.S. health authorities trace potential COVID-19 outbreaks before they become untenable. The two companies are reportedly working on a solution in which smartphones will exchange numerical keys when in close proximity to one another. If someone later tests positive for coronavirus, a message can be sent to others that have been in close proximity to that phone within the past two weeks, alerting them to get tested.

Though there are some privacy concerns related to such an application, both Apple and Google have resolved to not harvest any personal information from users, depending only on randomized numerical keys.

Since many are clamoring for tech-based solutions to track COVID-19 and enable the economy to open sooner, one can be sure this all-important topic will come up in the earnings release and conference call to follow.