Without this one thing, the plant-based meat alternative company isn't worthy of an investment.

Few companies have had the kind of run that Beyond Meat (BYND 2.88%) has been on over the past year. The plant-based meat-alternative company has experienced the type of growth most executives can only dream of. Consider the stream of good news from the last few months alone:

And yet, despite all that good news, I'm staying away from Beyond Meat stock. That's because the company is missing the single most important thing I look for in any investment. 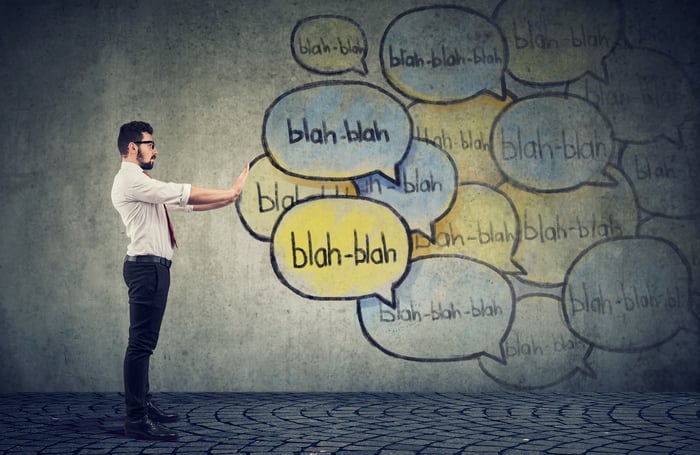 That "thing" would be a moat. For those unfamiliar, a moat is a sustainable competitive advantage that can keep the competition at bay. Moats can come in many shapes and sizes (more on that below), but the important thing is that they represent the key difference that makes copying a company's success almost impossible.

Four years ago, I wrote an article about why I was avoiding three popular stocks. The gist: They were no-moat companies. The two that remain publicly traded are losing to the market by 80 percentage points on average. Here's the key quote:

[Imagine] you live in a world where apples don't exist. Then, somehow, you're able to start growing them. People love them; they can't get enough of them, and they're willing to pay upwards of $100 per pound for them!

Then, someone else suddenly figures out how to grow a slightly different apple. All of a sudden, your customers are only willing to pay $50 per pound. Before long, others have developed their own apples, and they offer them for less. The most you can get for your apples now is $5 per pound. In the blink of an eye, your volume of apple sales has remained the same, but revenue dropped has 95%. That's commoditization.

This, in effect, is what I think could easily happen to Beyond Meat over the next five years. Those "apples" are awfully valuable now. But what happens when everyone else begins copying that blueprint?

Brand value is not enough

In my book, moats come in four different forms:

To my eye, the only moat Beyond Meat has is its brand value. And while it is certainly becoming a household name, I don't think that's nearly enough to protect the coming erosion via competition.

Think about it: Beyond Meat's gross margins clock in at 34%. Tyson Foods (TSN -1.51%) managed just 13% gross margins in the fourth quarter. Do you really think the executives at Tyson haven't opened their eyes to this opportunity? In fact, it is already heading in that direction.

And it's not just Tyson Foods. There are a lot of singularly focused plant-based companies yet to trade publicly that are looking to get in on the game -- most notably Impossible Meat. A bet on Beyond Meat -- valued at over 20 times sales (for comparison, Tyson's valuation is at 0.5 times sales) -- is a bet that Beyond Meat will be able to keep growing at its current pace while maintaining superior margins.

I think one or the other can continue -- but not both!

A lesson from history

If you want a more salient example, consider Whole Foods. It was a key growth-stock holding for me years ago. Coming out of the Great Recession, it dominated the natural/organic space. I thought the company's singular focus on this niche was enough.

It's not that Whole Foods (since acquired by Amazon) was a bad company. It was just that the stock had run up so much in the four years after 2009 that it was impossible to meet expectations. A host of huge names -- Costco, Kroger, and even Walmart -- came out with their own private-label organic brands. As soon as those vendors started offering organic fare at cheaper prices, Whole Foods' stock felt the effect.

I have a hard time believing the same fate doesn't await Beyond Meat investors. I could be wrong -- in fact, I often am. But in investing, you don't get penalized for the investments you don't make -- there are no "called strikes."

With so many opportunities out there, I prefer to put my cash into companies that have mile-wide moats.