Please ensure Javascript is enabled for purposes of website accessibility
Log In Help Join The Motley Fool
Free Article Join Over 1 Million Premium Members And Get More In-Depth Stock Guidance and Research
By Donna Fuscaldo – Apr 28, 2020 at 11:16AM

Facebook's (META -1.69%) Libra Association, the governing body for its digital token, just landed its first payments company as a member since Visa, Mastercard, and Stripe pulled out in 2019.

In a blog post Tuesday, UK digital payments company Checkout.com announced that it had joined the Libra association. Checkout.com believes in the potential benefits of digitally-native currencies, but also feels strongly that regulation should be a part of any new paradigm for global transactions. Absent regulation, Checkout.com CEO Guillaume Pousaz said technological advancements alone will fail to provide a secure and stable infrastructure, hurting the adoption of cryptocurrencies. With Libra, Pousaz believes Checkout.com has found a partner that shares its vision. 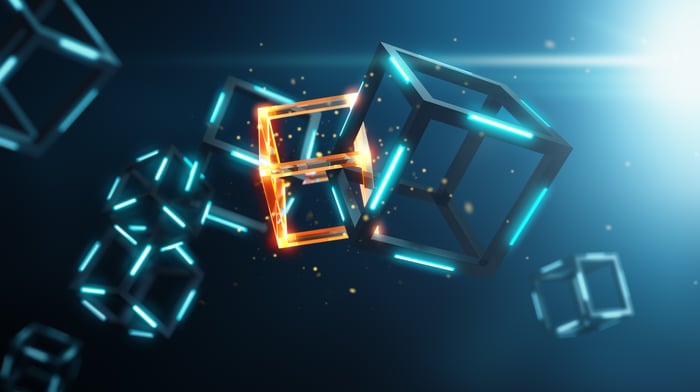 "The Libra project holds the promise of increasing financial inclusion for billions of unbanked people, empowering them to participate in the digital economy and reducing disparities," wrote the CEO. "It is obvious to me and the wider Checkout.com team that we want to be part of this effort and can contribute to this endeavor by bringing our unparalleled payments engineering expertise."

BCheckout.com is the first payments company to come on board since Visa, Mastercard, and Stripe pulled out of the tech group in October over concerns that the digital currency wouldn't get regulatory backing.

Since then, the Libra Association has retooled its offering, announcing earlier this month that it will support multiple versions of Libra backed by fiat currencies, including the U.S. dollar and euro. Libra also has expressed interest in working with regulators, central banks, and financial institutions around the world to expand the number of stablecoins on the Libra network. The coins would be a digital extension of the currency of the participating country. The Libra Association isn't backing away from plans to unveil a multi-currency coin that could be used for cross-border payments, however.