The small content delivery network is benefitting from some high-profile customers.

With coronavirus wreaking havoc on business operations and creating mounting uncertainty about the future, first-quarter 2020 earnings have -- unsurprisingly -- been ugly. Few companies have provided guidance for the next quarter, let alone guidance for the full year.

Limelight Networks (EGIO) is a rare exception. That's because one of the most sure-fire places to put money this year has been in businesses that provide digital content distribution and various web-based technology services. As households have been forced to shelter in place and work from home, the internet is even more important now than ever before, and Limelight Networks stock is up 29% year to date as a result.

The small content delivery network (CDN) company has been getting a boost from some high-profile customers in the media and entertainment industry. For those looking to bet on the migration to TV streaming, Limelight is worth your attention.

A stellar start to an uncertain year

First, the numbers. After finishing off 2019 with a 37% increase in revenue and returning to generating positive free-cash-flow (revenue less cash operating and capital expenses) in Q4, Limelight followed that performance up with a strong start to 2020.

As good as the numbers have been amid the tidal wave of pessimism that has been 2020 thus far, it's clearly not coronavirus that is leading to Limelight's results. The double-digit growth actually kicked in late in 2019, long before the pandemic -- let alone economic lockdown -- was on anyone's mind.

So, what do we have to thank for the sudden rise? That would be TV streaming, particularly Disney+ (DIS -0.63%). 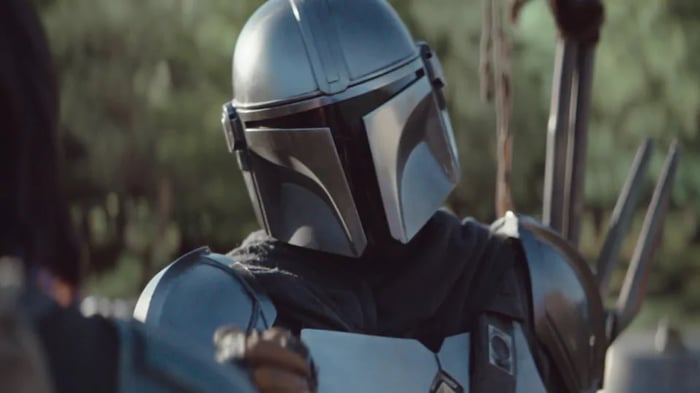 The Mandalorian on Disney+, possibly delivered to you by Limelight Networks. Image source: Disney.

Powerful friends in the world of streaming

It would appear that the Limelight CDN is getting put to use by none other than Disney+. That would explain Limelight's sudden jump in Q4 2019: Disney+ launched last November, and it continued to roll out in new markets in Q1 2020.

Another name brand is beginning to ramp up the launch of its proper TV streaming platform, too. CEO Robert Lento explained on the earnings call:

The strong demand we experienced in the first quarter was partially due to our continued participation in new on-demand OTT offerings by some of the largest media companies in the world. We were pleased to support launches in new geographies in the quarter as well as the recent launch of NBC's Peacock offering. These companies look to us as a trusted partner in these launches based on the performance of our network global scale and strong value proposition.

Yup, that's right: Comcast's (CMCSA -0.81%) NBCUniversal is also making use of this small CDN to distribute its internet-based entertainment subscription Peacock, already available for Comcast cable customers and available to everyone else starting July 15, 2020.

It hasn't been completely smooth sailing for Limelight, as management reported that the cancellation of live events such as the NCAA basketball tournament put a dent in results. However, Disney+ and Peacock are enough of a tailwind for this small company that it's confident in its growth trajectory for the rest of the year. The company also recently released its serverless software-based CDN to compete with edge network CDNs such as Fastly (FSLY -1.38%).

Limelight may look like the legacy underdog on the surface, but having such large friends making use of its services is worth writing home about. Management opted to play it safe and called for full-year revenue of $225 million to $235 million, unchanged from previous guidance save for an increase of the low end of expectations by $2 million. Still, at the midpoint, the revenue guide implies about a 15% increase over 2019.

Of course, all of this hinges on Limelight being able to translate its growth into profitable expansion. It's new software-based platform is live, and Limelight also needs to grow its international presence to keep up with streaming distribution overseas. But with zero debt, $21.4 million in cash and equivalents, and profitable scale within reach, this small CDN is worth considering for investors looking to capitalize on the streaming boom.