If NBCUniversal was independent, that would be a different story. But it’s not.

The economic fallout from the coronavirus crisis is mounting, and one of the hardest-hit industries remains travel and entertainment. Though it will earn points by continuing to pay its employees, Disney (DIS -1.20%) has now announced its parks will be closed indefinitely. As a huge chunk of revenue and profits is derived from people visiting the Magic Kingdom, the situation will hit hard for the world's most popular theme park operator.

Closures could last until May now that the White House has extended social distancing guidelines through April 30. How severely this affects theme park operators depends on the operator. In the middle, you have Disney, which could see its operating profit dry up completely due to its parks going dark until the crisis has passed. But it has other business lines to fall back on. The situation is much more dire for companies like Six Flags Entertainment (SIX 1.23%) and SeaWorld Entertainment (SEAS -1.17%) that derive virtually all of their income from the parks they operate.

But on the other end of the spectrum is Comcast (CMCSA 0.66%). Yes, Comcast, the oft-hated telecommunications company will be relying on its telecom segment to help it navigate these tough times. 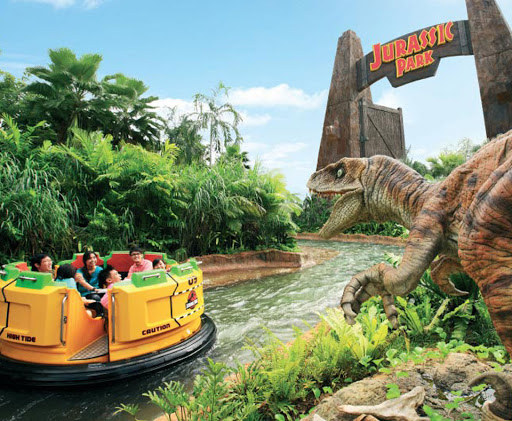 Back during the depths of the Great Recession in 2009, Comcast purchased NBCUniversal for a song from General Electric. It's been a great run since then, but the media and entertainment segment at Comcast is due for some lean times in 2020.

That's because, of the $34 billion in revenue NBCUniversal generated last year, $5.93 billion came from theme parks. And over a quarter of the media company's operating profit (as measured by adjusted EBITDA, or earnings before interest, tax, depreciation, and amortization), came from parks. With all four Universal Studios parks (Hollywood, Orlando, Japan, and Singapore) closed and the company saying it will continue to pay employees, a loss for the segment is certainly in the cards. Construction on a fifth park in Beijing has resumed, but it still won't be open until 2021.

Another area of weakness is the filmed entertainment segment -- since theaters are closed down in the U.S. and movie releases delayed around the globe. Cable and broadcast TV should hold up fine even though advertising spending will likely take a hit, and the Tokyo Summer Olympics getting rescheduled for 2021 is a positive as it allows time for sponsorship and ad spending to rebound in time for the U.S. broadcast.

Comcast will be more than fine

Indeed, lean times are here for NBCUniversal with entertainment all but closing down. However, though the situation looks dire for NBCUniversal, the media giant isn't on its own. Comcast is an overlord with deep pockets. In fact, even should NBCUniversal start reporting operating losses going forward, it's important to remember that the segment overall comprised just 31% of revenue and 25% of adjusted EBITDA in 2019 for Comcast. Isolating just the high-profit-margin theme parks, those were only 5% of revenue and 7% of adjusted EBITDA in 2019.

That's not to say weak results at NBCUniversal won't bite, but Comcast is still mostly all about telecom -- especially high-speed internet connections. And in this period of increased time spent at home, that portion of Comcast should be quite resilient.