The bank had previously said it felt it was in good shape despite the impact from coronavirus. First-quarter earnings results solidified this statement.

In mid-March, Kirt Gardner, the CFO of UBS Bank (UBS -2.00%), said the bank had seen small amounts of loan losses and felt good with its liquidity position, despite the impact of the coronavirus pandemic .

It was a surprise at the time considering what most banks were experiencing, but it apparently held through the rest of the quarter. 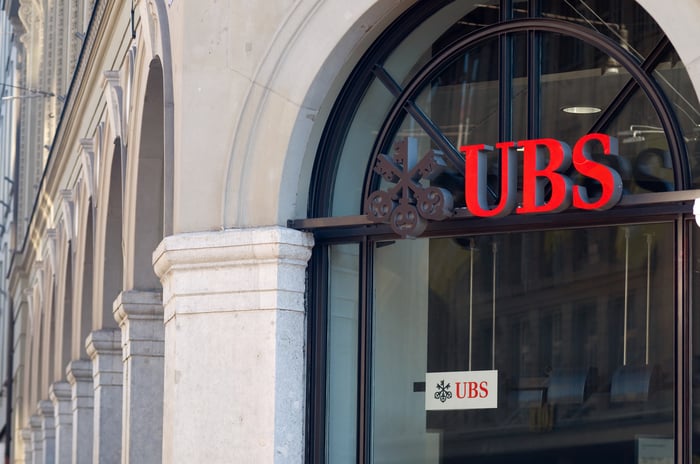 UBS did take a credit loss expense of $268 million in the quarter to prepare for future potential loan losses, which is up from just $20 million in the first quarter of last year.

"As a result of years of disciplined strategic execution, risk management, and sustained technology investments, we enter these turbulent times from a position of strength," UBS CEO Sergio P. Ermotti said in a statement.

The company's global wealth management division and investment bank performed particularly well, with their operating profits up 18% and 30% on an annualized basis, respectively.

While the bank is better positioned for the pandemic than most traditional banks that rely on loans -- because most of its income is from fees and commissions -- it has taken steps to limit certain exposures over the years.

For instance, UBS has reduced its exposure to oil and gas by 75% since 2015, according to an investor presentation, a move that is clearly paying off right now.

The bank also maintained strong liquidity, ending the quarter with a 12.8% common equity tier 1 capital ratio, which is down 90 basis points (or 0.90 percentage points) from the fourth quarter, but only 20 basis points on an annual basis.

Why Shares of UBS Group Are Falling Today