The oil and gas technology provider is taking swift steps to endure a rough patch for the energy sector.

Shares of Apergy Corporation (APY) were soaring 28.1% higher as of 3:15 p.m. EDT on Tuesday. The big jump came after the provider of technology for the oil and gas industry announced its first-quarter earnings after the market closed on Monday and held its quarterly conference call on Tuesday morning.

Apergy reported first-quarter revenue of $261.4 million, up 6% year over year. The company posted a net loss of $659.5 million, or $8.51 per share. Investors were more interested, though, in Apergy's actions to position the company for what's likely to be a tough period for the oil and gas industry over the next year. 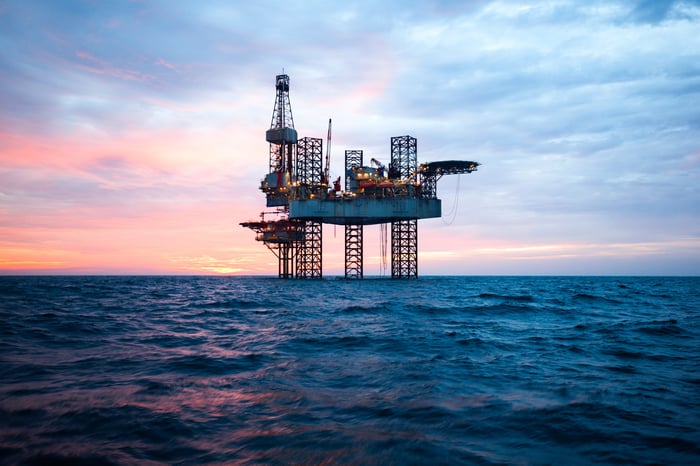 Apergy CEO Sivasankaran "Soma" Somasundaram acknowledged the toll that the COVID-19 pandemic is having on his company and the entire energy sector. He said, "We are seeing meaningful sequential declines in our order rates, and we are prepared for market conditions to remain challenging throughout 2020, and potentially longer, as the shape of global oil demand recovery from the COVID-19 pandemic remains unclear."

The company has taken several steps in response to the current market dynamics. Apergy's restructuring should reduce costs by around $85 million per year, up from its previous targeted savings of $65 million. Most of this restructuring has already been completed, with a few steps remaining to be completed by the middle of the third quarter.

Apergy ended the first quarter with $54 million in cash and available borrowing capacity of $244 million. The company recently boosted its cash position by drawing $125 million on its revolver loan, a move that left $119 million available for borrowing in the future.

The big milestone ahead for Apergy is the closing of its merger with ChampionX. Somasundaram said this remains on track to wrap up by the end of June. He stated that this merger will reduce Apergy's leverage immediately, with the cash flow generated by the combination of the two companies supporting more deleveraging down the road.

Why NexTier Oilfield Solutions, Apergy, and Oceaneering Intl. Stock Fell at Least 10% as Oil Was Rising