Alphabet answered a lot of lingering questions about the resiliency of the business.

Shares of Alphabet (GOOGL 2.62%) (GOOG 2.70%) shot upward after its first-quarter earnings release, after much trepidation around how much the coronavirus might affect its portfolio of technology businesses. Google is a large-cap company, and it's hard to be such a large company and not be affected by broader economic headwinds. That's especially true of Alphabet's ads business -- after all, if a business is closed or has minimal revenue, it isn't going to be advertising!

That fear led Alphabet's shares downward during the first quarter. Fortunately, while Alphabet's advertising business was affected, it wasn't by nearly as much as some had feared. Meanwhile, Alphabet's non-advertising businesses were downright resilient in the face of COVID-19. Showing confidence in its business, management followed through on buying back a relatively large amount of stock, at least by Alphabet's standards, as the share price fell. 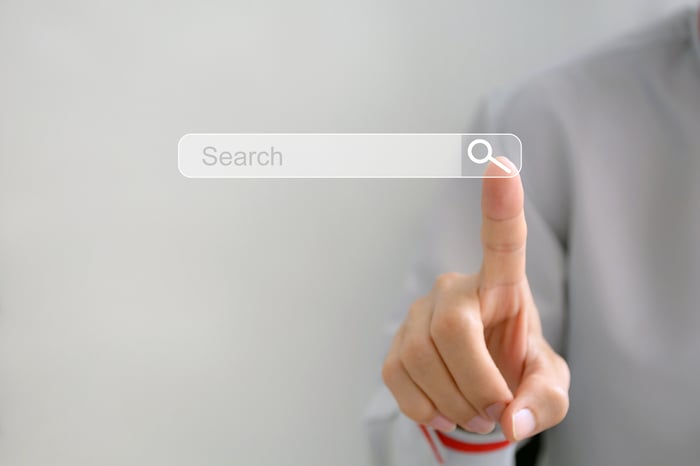 Advertising down, but not out

Alphabet beat overall expectations for revenue, growing 14% overall in the quarter. For the benefit of investors, management also broke down ad revenue by category, including search, YouTube, and Google network partners, then delineated how each category fared at the end of March, when much of the economy shut down.

The March exit numbers were better than some had feared, with some analysts predicting advertising revenue might be down 20% or more exiting March. What was really impressive was YouTube, which actually managed to say in positive growth territory even at the end of March. CFO Ruth Porat said that while brand advertising took a large tumble, direct response ads, in which an advertiser asks a consumer to respond to a specific promotion, stayed strong even throughout the quarter.

Even if advertisers are all pulling back on spending, it's clear that if and when they do return, Alphabet's properties will be one of the first places they spend. During the quarter, all of Alphabet's products showed a huge pickup in usage.

CEO Sundar Pichai reminded analysts that Google search is perhaps the most efficient form of advertising, since advertisers only pay when someone actually clicks through on an ad, leading to very visible returns on investment. As such, as the economy recovers, Google search is likely to be "turned on" again extremely quickly:

The good thing about Search Ads and direct response on YouTube as well, but Search primarily is that it's an extraordinarily effective system, it's a transparent system. You have a very clear sense of ROI, it's very measurable, highly cost effective, and so we've always seen, and we saw this in 2008 as well, people respond in the short-term, but the recovery is also fast when it comes back, and so it tends to work. It is very diversified, not just geographically by different verticals and even through moments like that, we do see businesses responding to demand shift and so we see it through our system if people suddenly are looking for office furniture or even pajamas, the system responds, right, and so you see the dynamic nature of it.

And while advertisers pulled back in Q1, usage of all of Google's properties surged. Management said search activity for coronavirus-related material quadrupled that of the Super Bowl. YouTube watch activity also surged, and even YouTube Premium subscriptions grew during the quarter.

In other non-ad parts of the business, Alphabet also reported a spike in activity in certain product segments. Google Classroom doubled its usage, Chromebooks sales surged 400% over the prior year for the week ended March 21, and Google's Meet video-conferencing product that competes with Zoom Video (ZM 2.19%), saw a 30-fold increase in usage.

Also encouraging was the fact that non-advertising portions of Alphabet's business came in strong as well, even during an economic downturn. Google's cloud division grew 52%, roughly the same rate as the prior quarter, showing steady growth for this new business that's coming more into focus. Once again, the underlying Google Cloud Platform infrastructure-as-a-service grew at a faster pace than the overall cloud category. Management didn't ask questions about usage versus discounts, but overall growth was consistent with the established trajectory of the business.

Meanwhile, other revenue actually grew 23% due to the increase in YouTube paid subscriptions and downloads from the Google Play store for Android. That's not too surprising, as more people likely indulged in smartphone apps while stuck at home.

Finally, Alphabet repurchased $8.5 billion of shares, up from the $6.1 billion repurchased in Q4. That's really encouraging since increased share buybacks were one of the reasons I thought Alphabet may be in for a banner year. That shows that management, which had been shy about repurchasing stock in the past, didn't shy away from Alphabet's plummeting share price in Q1 or political pressure around buybacks in general. The stepped-up annualized pace of $34 billion would be roughly 3% of shares outstanding at the current market cap, which isn't too shabby.

Yet even with coronavirus affecting cash flow and stepped-up share repurchases, Alphabet's massive cash pile only fell by just over $2 billion to $117 billion -- still a huge cushion in these uncertain times.

Even after the post-earnings surge, Alphabet is still a buy and remains a great long-term bet. The current quarter will be worse than the first quarter in terms of advertising, as Alphabet will bear the full impact of the COVID-19 slowdown; yet advertising doesn't appear to be quite as bad as feared, and other parts of the business showed resilient growth, especially cloud.

With Alphabet adding a high-growth cloud platform and more significant share repurchases to its story, I don't think the stock's run is over for 2020.