Although investors have become increasingly bullish on amusement park owners of late, medical news was probably behind the current advance.

Shares of Six Flags Entertainment (SIX -1.78%) and SeaWorld Entertainment (SEAS -2.90%) both rose more than 10% within the first half hour of trading on April 29. That comes after a couple of fairly solid days for these amusement park operators. There's two pieces of good news here.

COVID-19-related social distancing restrictions have, understandably, led amusement parks to shut down. So news that a handful of states were starting to reopen nonessential businesses, with others at least starting to look at the prospects of doing so, has gotten investors excited about the future for park owners like Six Flags and SeaWorld. That's been a driving force over the last couple of days. It makes sense, but there are still big hurdles to overcome even if these companies reopen their facilities. 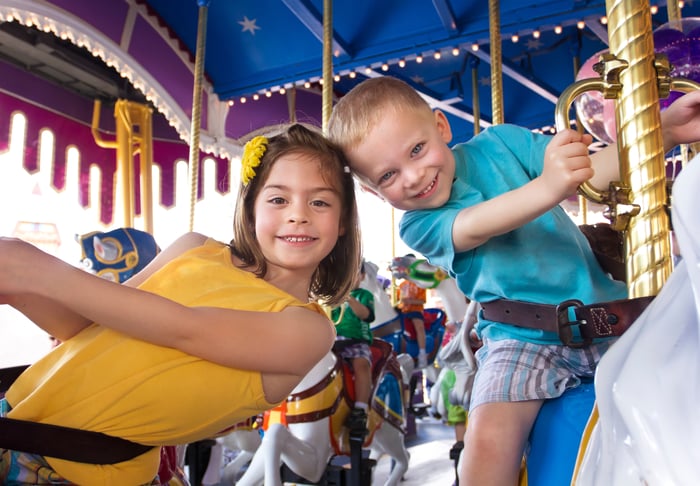 One of the biggest question marks is whether customers will even want to go to a park, given that they are places where people congregate in large groups. That's the type of setting in which COVID-19 can easily spread. So after Gilead Sciences said it was seeing positive results from tests involving one of its drugs (antiviral drug remdesivir, for those who follow the pharmaceutical space), investors started to get even more positive. Although the upbeat mood pushed the broader market higher, the benefit of such a treatment breakthrough would be especially helpful for Six Flags and SeaWorld. Indeed, the risk of low park attendance would likely be reduced if customers felt that catching COVID-19 was no longer a big worry.

Mr. Market is easily excitable, and long-term investors need to think before joining in with the crowd. While there is good news here, it is still too early to suggest that the storm has passed for SeaWorld and Six Flags. Reopening parks is likely to be a slow process and will likely require material changes to their normal historical operation. In fact, amusement parks are probably going to have dismal spring/summer seasons no matter what happens in the near term. Investors should brace for at least a couple of quarters of ugly earnings.