The Office of the United States Trade Representative listed Amazon's domains in Canada, France, Germany, India, and the UK as possibly facilitating the sale of counterfeits.

Amazon (AMZN -4.77%) sites have landed on a White House list of platforms that reportedly aren't doing enough to keep counterfeits off their e-commerce sites.

This week, the Office of the United States Trade Representative for the first time placed Amazon sites on its "notorious markets" list. Amazon domains in Canada, France, Germany, India, and the UK were added to the list.

The list "identifies illustrative examples of online and physical markets that reportedly engage in, facilitate, turn a blind eye to, or benefit from substantial copyright piracy and trademark counterfeiting, according to information submitted to USTR in response to a notice published in the Federal Register requesting public comments." 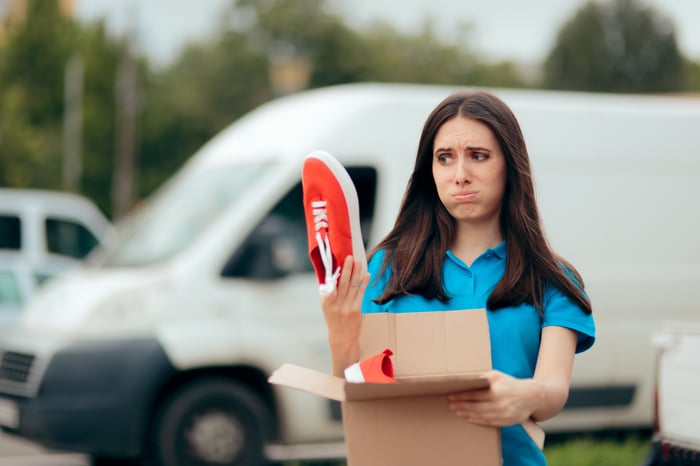 USTR pointed to complaints from businesses in the U.S. that consumers can't tell which merchant is selling a product on Amazon and that the process for removing fakes is "lengthy and burdensome."

In response to the White House's move, the e-commerce giant cried foul, saying it was politically motivated because of President Donald Trump's sour relationship with Amazon CEO Jeff Bezos. Trump has long criticized Bezos over what he says is negative and unfair coverage in The Washington Post, which is owned by the Amazon CEO. Amazon's cloud unit is also suing the government after losing a 10-year, $10 billion Pentagon contract to Microsoft. Amazon Web Services contends it lost the contract because of political bias.

"This purely political act is another example of the administration using the U.S. government to advance a personal vendetta against Amazon," an Amazon spokeswoman said in a statement to The Wall Street Journal. "Amazon makes significant investments in proactive technologies and processes to detect and stop bad actors and potentially counterfeit products from being sold in our stores."