Although the company got off to a roaring start in the first two months of the quarter, its results were hit by the coronavirus' effect on the global economy.

Shares of McDonald's (MCD 1.34%) fell slightly in Thursday trading, on the back of the Q1 of fiscal 2020 results it published that morning. 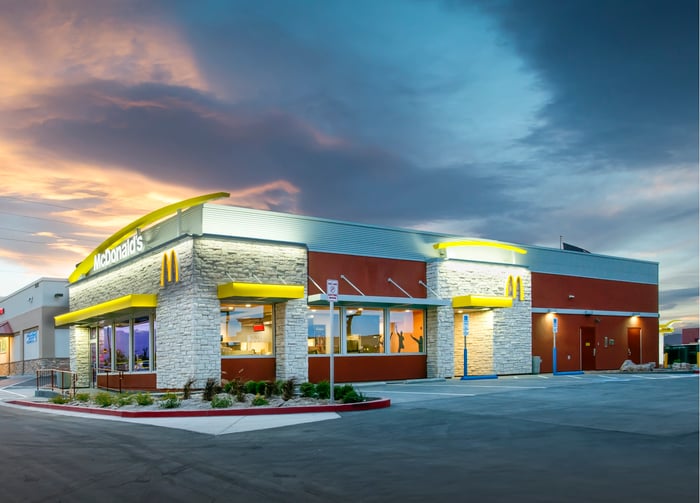 On average, the numerous prognosticators following the stock estimated only $4.65 billion in revenue, but a per-share bottom line of $1.57.

As with many other companies, McDonald's would have likely posted more impressive numbers had the SARS-CoV-2 coronavirus outbreak not swept across the world.

Its January and February performances were robust, with comparable-restaurant sales advancing at a brisk 7.2% pace (although the latter month benefited from having an extra day because of leap year). Although the company has retrenched better than rival restaurant-chain operators thanks to its many drive-thru-equipped restaurants and an effective mobile device-ordering system, it still suffered from closing its dining areas.

Earlier this month, McDonald's pulled its guidance for this current fiscal year. It has not yet reinstated the former outlook or presented a modified version.

Still, the company sounded an optimistic note about its proximate future. "McDonald's has seen a lot over our 65 years and I'm confident that the actions we're taking will enable us to emerge from this crisis in a position of competitive strength," it quoted CEO Chris Kempczinski as saying.

McDonald's closed 0.1% lower on Thursday, a drop that was not as steep as that for many fellow consumer goods stocks or the major equity indexes.