Investors were encouraged by the company's Q4 earnings beat.

Shares of Abiomed (ABMD 2.98%) were soaring 13.8% higher as of 3:26 p.m. EDT on Thursday. The big jump came after the medical device maker announced its fiscal 2020 fourth-quarter and full-year results before the market opened.

When a company reports mixed results as Abiomed did, investors usually don't get very excited. However, there were a couple of factors at play for the company that helped make its results look more encouraging than they otherwise would have. 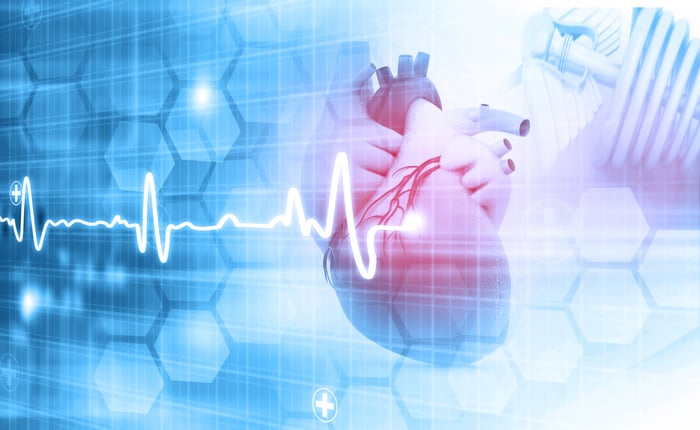 First, Abiomed was beginning to see positive momentum for its Impella heart pumps throughout much of the first quarter even with two publications that the company called misleading negatively weighing on sales. Those publications especially impacted Impella revenue in the U.S. and in Germany.

Second, the COVID-19 pandemic caused patient utilization to plunge in the second half of March. Investors realized, though, that the negative impact of the pandemic should be only temporary. Abiomed has taken several actions to reduce its expenses in the meantime, including placing a freeze on hiring; eliminating non-critical consultants, contractors, and temporary staff; and temporarily cutting executive salaries.

Abiomed CEO Michael Minogue said that the company "will endure the challenges and come out stronger as Abiomed 2.0." However, the healthcare stock could experience higher volatility than normal for the next months. The company didn't provide full-year guidance because of the uncertainties stemming from the COVID-19 pandemic.

On Wednesday, Abiomed announced that it acquired Breethe, a developer of an extracorporeal membrane oxygenation (ECMO) system that complements the company's existing product lineup. Breethe currently awaits FDA clearance of its ECMO system. The deal could boost Abiomed's sales when Breethe's devices are cleared for commercialization.