Shares of Facebook (META 1.62%) have popped today, up by 5% as of 12:20 p.m. EDT, after the social networking juggernaut reported first-quarter results. Facebook modestly beat revenue expectations and provided some encouraging commentary about the ad industry.

Revenue in the first quarter increased 18% to $17.74 billion, topping the consensus estimate of $17.25 billion. That led to net income of $4.9 billion, or $1.71 per share, which was right on target with expectations. Family daily active people (DAP) increased to 2.36 billion, while family monthly active people (MAP) grew to 2.99 billion. 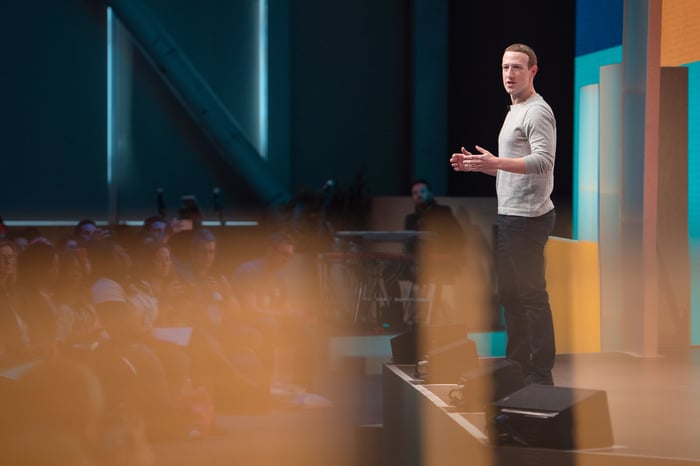 Facebook's role in connecting people has become increasingly important amid the COVID-19 pandemic, and engagement is soaring as people stay home. The tech company continues to combat misinformation and has committed $300 million in support and relief programs designed to help small businesses and news publishers.

On the conference call with analysts, COO Sheryl Sandberg said the coronavirus outbreak had a "significant impact on our business" starting in the second week of March, with advertisers pulling back on spending. Sandberg added, "Companies of all types are adapting to a world where people aren't walking into their stores or seeing their brand on billboards."

However, there are indications that ad sales are recovering. "After initial steep decrease in ad revenue in March, we have seen signs of stability reflected in the first three weeks of April," according to CFO Dave Wehner. Due to the ongoing macroeconomic uncertainty, Wehner said Facebook was not providing revenue guidance for the second quarter.