This collaboration specialist corrects a statement.

Last week, collaboration company Zoom Video Communications (ZM 2.78%) announced in a blog post that its daily users had risen from 10 million in December 2019 to 300 million in April this year.

However, according to The Verge, Zoom edited its blog post and admitted that its daily active users claim was a mistake. The 300 million was daily meeting participants. The Verge says the 10 million is also participants.

There is a considerable difference between the two metrics. Daily active users are unique while daily participants can be counted multiple times. This means if a user has 10 Zoom meetings a day, that would count as 10 participants. In a note on its corrected blog post, Zoom wrote "This blog originally referred to meeting participants as 'users' and 'people.' This was an oversight on our part." 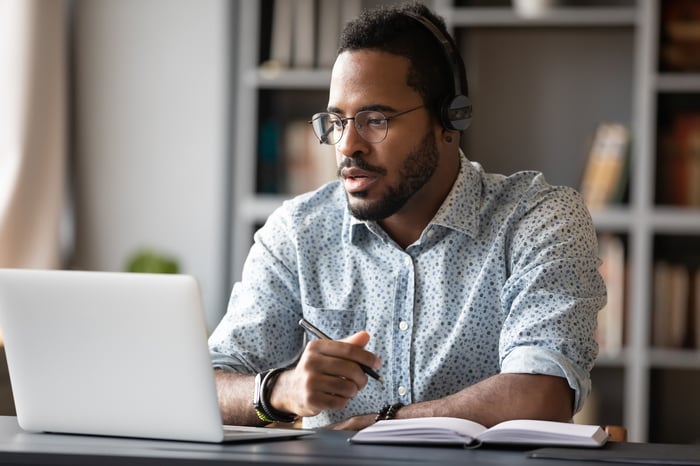 Zoom has been impacted by security issues and rising competition from tech giants. The company was caught off-guard after it experienced a massive surge in daily users. Several miscreants tried to disrupt online meetings by posting malicious content.

Zoom is also competing with technology heavyweights including Microsoft's Teams, Cisco's Webex and Alphabet's Google Meet. Yesterday, during its earnings call, Microsoft claimed that Teams has over 75 million daily active users. Google Meet, on the other hand, says it is is gaining 3 million DAUs every day and topped the 100 million-mark in terms of meeting participants.

The astonishing growth in the collaboration space drove Zoom shares to record highs. The stock zoomed from $68 at the start of 2020 to an all-time high of $180 last week. It's trading at $138 as I write, down 10% since yesterday.