Please ensure Javascript is enabled for purposes of website accessibility
Log In Help Join The Motley Fool
Free Article Join Over 1 Million Premium Members And Get More In-Depth Stock Guidance and Research
By Rekha Khandelwal - Updated May 1, 2020 at 9:48AM

One of the two MLPs looks better-positioned to handle the current crisis.

Both Magellan Midstream Partners (MMP 1.48%) and MPLX (MPLX 0.34%) are top  Master Limited Partnerships that have tumbled lately. Both the stocks are trading at monumental distribution yields.  Crude oil production in the US is being affected by demand destruction due to coronavirus in an oversupplied market. Midstream operators, including Magellan and MPLX, are sure to face some heat in such a scenario. While neither can be said to be 100% safe from a distribution cut, one of the two certainly has much better odds. 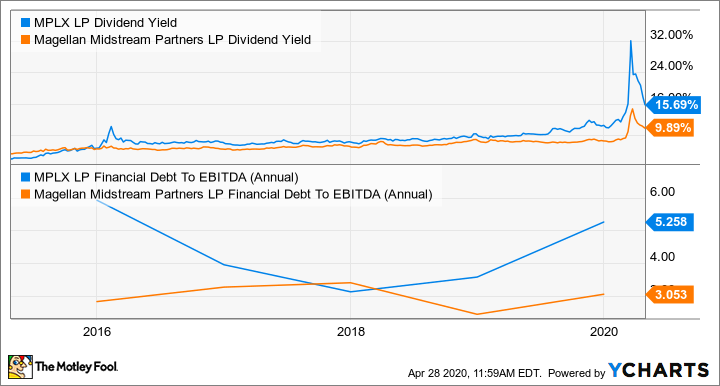 Low demand, excess supply, and the resultant low commodity prices are expected to affect both Magellan Midstream's and MPLX's earnings. While both transport and store crude oil and refined products, MPLX also has gas gathering and processing operations. In an investor update in late March, Magellan Midstream expected a 25% drop in gasoline and aviation fuel demand in the entire second quarter. That may not be too far off the mark based on the U.S. Energy Information Administration's data. . Further, the company assumes a month of transition, after which demand resumes to its pre-COVID period.

If this happens, the company estimates a reduction of $180 million in its 2020 distributable cash flow guidance of $1.2 billion. In this case, Magellan will have a distribution coverage of around 1.1 times for 2020. Even if the demand doesn't pick up as fast as Magellan has assumed, the company looks to have the wiggle room to maintain its payouts.

In comparison, MPLX's earnings may be slightly more affected due to its gas gathering and processing operations. Cheap gas is severely affecting Appalachia producers where MPLX has a lot of gathering and processing infrastructure. Credit ratings of several Appalachia producers were downgraded recently due to concerns relating to lower demand and prices. This exposes midstream operators also to counterparty credit risk and lower volumes.

MPLX too is exposed to volume reductions, more so if any of its customers goes bankrupt. A slight positive for Appalachia gas producers could be a possible market share gain as gas production from associated wells, which produce both oil and gas, falls in response to oil market dynamics. However, that doesn't protect MPLX much, which has significant assets in associated gas areas as well. 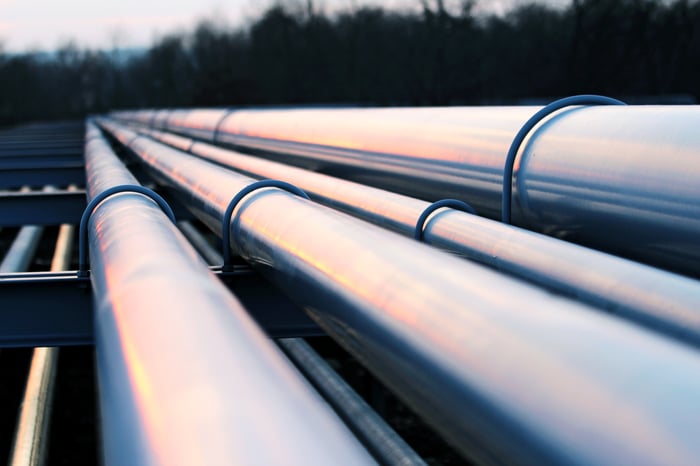 Another factor that increases MPLX's risks is its exposure to a limited number of key customers. For the year 2019, two of the company's key customers each accounted for around 14% of its gathering and processing segment's operating revenues.  MPLX's earnings may be significantly affected if any of its key customers witness significant volume reduction or go bankrupt.

Both MPLX and Magellan Midstream are facing headwinds. Both may see volume reductions, especially in the near-term. However, Magellan stands better due to its conservative leverage and diversified customer base. MPLX's gathering and processing operations may also add volatility to its earnings.

If things become normal soon, and oil and products demand return to pre-COVID-19 levels, both the companies may fare fine. However, if demand remains depressed for a little longer, Magellan Midstream looks better positioned to face the crisis, while maintaining its payouts.