Please ensure Javascript is enabled for purposes of website accessibility
Log In Help Join The Motley Fool
Free Article Join Over 1 Million Premium Members And Get More In-Depth Stock Guidance and Research
By Rich Duprey - Updated May 1, 2020 at 4:19PM

It shouldn't be surprising after just several hundred visitors were coming to the city daily.

Casinos in Macao suffered their worst month ever as gross gambling revenue plunged 97% from last year.

The Gaming Inspection and Coordination Bureau said casinos took in just 754 million patacas ($95 million) in April, compared to the 23.6 billion patacas in revenue they generated a year ago (patacas are Macao's local currency). 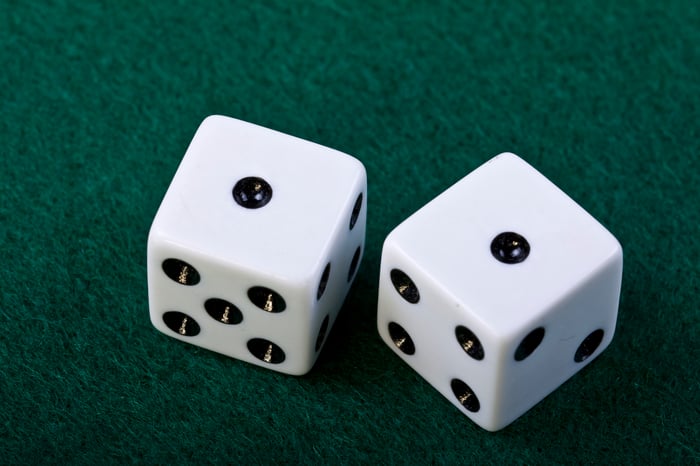 The situation in Macao is deteriorating badly following declines of 88% and 80% in February and March, respectively. Gambling revenue was down 60% for the first quarter, far worse than the 35% drop analysts had expected.

Analysts had been expecting Macao's revenue to tumble 94% in April.

Although Las Vegas Sands, MGM Resorts, Wynn Resorts, and others were allowed to reopen their casinos in mid-February, they were not seeing much customer traffic and China imposed new travel restrictions to the city, the only place in China where it's legal to gamble, after it experienced flare ups of the coronavirus.

It was clear, however, that April was going to be disastrous as Macao was registering only 1,000 visitors over the Easter weekend.

Another warning sign was Melco Resort & Entertainment's (MLCO 0.76%) decision to sell its 10% stake in Australia's Crown Resorts at a fraction of what it paid for it last year. Melco was looking to diversify its geographic position and planned to purchase a 20% stake in until the pandemic struck. Now it has exited the company completely.