Please ensure Javascript is enabled for purposes of website accessibility
Log In Help Join The Motley Fool
Free Article Join Over 1 Million Premium Members And Get More In-Depth Stock Guidance and Research
By Rich Smith – May 2, 2020 at 11:08AM

Is Amazon the "cash machine" that everyone thinks it is? It depends on how you read the numbers.

Five years ago, my Foolish colleague Timothy Green made an astounding observation: The way Amazon.com (AMZN -1.57%) reports its financial results may be fooling investors into thinking the company is more profitable than it really is.

You can see how in the earnings results that Amazon reported Thursday evening. In addition to tallying up sales and net income for the quarter, Amazon also updated investors on the amount of "free cash flow" (cash profit) the company generated over the last 12 months: $24.3 billion.

But how does Amazon arrive at that number? 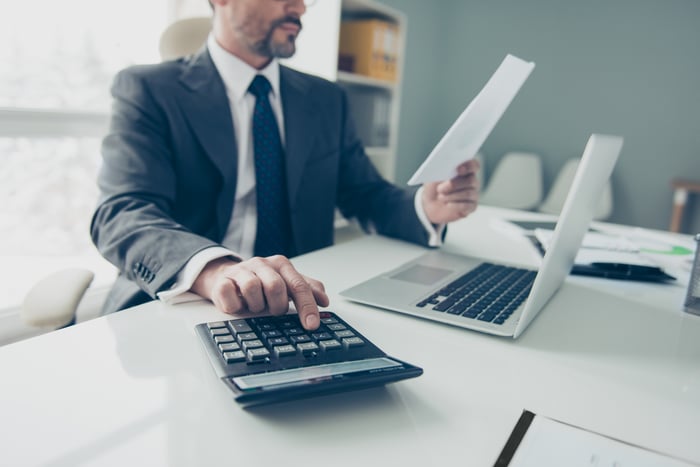 Traditionally, value investors calculate free cash flow by subtracting capital spending from operating cash flow. In Amazon's case, though, that only adds up to $19.3 billion for the last 12 months. (So already we have two very different numbers for Amazon's free cash flow).

Amazon arrives at its headline number by adding to its $19.3 billion in traditional free cash flow, $5 billion in cash that Amazon received for "property and equipment sales and incentives."

Complicating matters further, instead of buying all its properties and equipment with cash (capex), the company leases certain property, incurring regular cash costs to repay the principal on the resulting "finance leases and financing obligations," and also on "equipment finance leases."

Deduct these expenses, and Amazon's free cash flow shifts into reverse, shrinking first to $14.3 billion over the last 12 months, then to $11.7 billion.

Which number is the "right" number? Actually, they all are. It just depends on how you look at it -- so caveat, investor.