Please ensure Javascript is enabled for purposes of website accessibility
Log In Help Join The Motley Fool
Free Article Join Over 1 Million Premium Members And Get More In-Depth Stock Guidance and Research
By Bram Berkowitz – Updated May 2, 2020 at 4:42PM

The bank helped U.S. taxpayers hide more than $7.6 billion in offshore accounts, and separately tried to launder millions in bribes and kickbacks to FIFA officials.

Israel's largest bank is paying hundreds of millions of dollars in penalties after helping U.S. taxpayers hide more than $7.6 billion in offshore accounts.

Bank Hapoalim (BKHYY -2.53%) will pay more than $874 million to the U.S. Treasury Department, the Federal Reserve, and the New York State Financial Services Department for its part in the scheme, according to the Jerusalem Post.

The settlement is the second largest by the Department of Justice in regards to offshore U.S. tax evasion by a foreign bank. 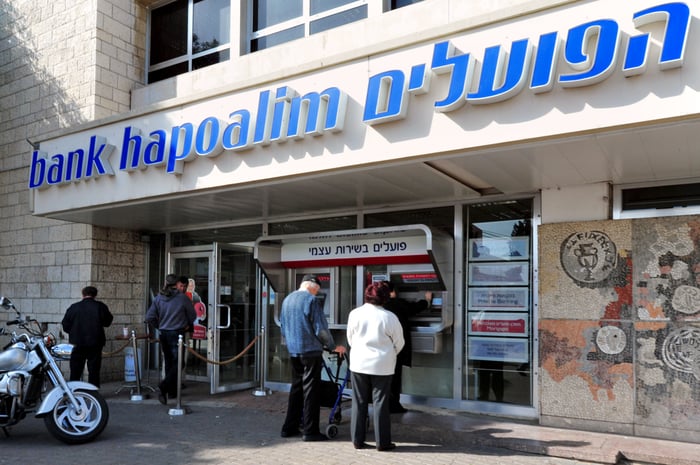 Between 2002 and 2014, Bank Hapoalim and its Swiss subsidiary, which together hold roughly $116 billion in assets, hid money in more than 5,500 secret Swiss and Israeli bank accounts.

According to the Federal Reserve, the bank used a mechanism called back-to-back loans, which is when a borrower takes a loan from a U.S. branch that is secured by an undeclared offshore account by the same taxpayer at Bank Hapoalim.

The concept, according to the Fed, "allows U.S. taxpayers to access the economic value of the undeclared offshore funds without actually transferring them to the United States, preventing a paper trail that could alert U.S. tax authorities to the funds."

In a separate matter, the DOJ also said Bank Hapoalim agreed to pay more than $30 million for another money laundering conspiracy regarding the governing soccer body FIFA, the Fédération Internationale de Football Association.

The DOJ says the bank tried to launder $20 million to FIFA and other soccer federations in exchange for broadcasting rights for sports marketing executives.