Please ensure Javascript is enabled for purposes of website accessibility
Log In Help Join The Motley Fool
Free Article Join Over 1 Million Premium Members And Get More In-Depth Stock Guidance and Research
By Danny Vena - May 4, 2020 at 1:56PM

The COVID-19 pandemic has put Disney in a very vulnerable position, and this will be a first glimpse into just how bad things are.

Disney (DIS 1.84%) is arguably as vulnerable as any other blue chip stock when it comes to the impact of the COVID-19 pandemic. While the entertainment behemoth has a few things going for it, the challenges potentially outweigh the advantages.

The company is scheduled to report the results of its fiscal 2020 second quarter after the market closes on Tuesday, May 5, and investors will be on the edges of their seats awaiting the release. 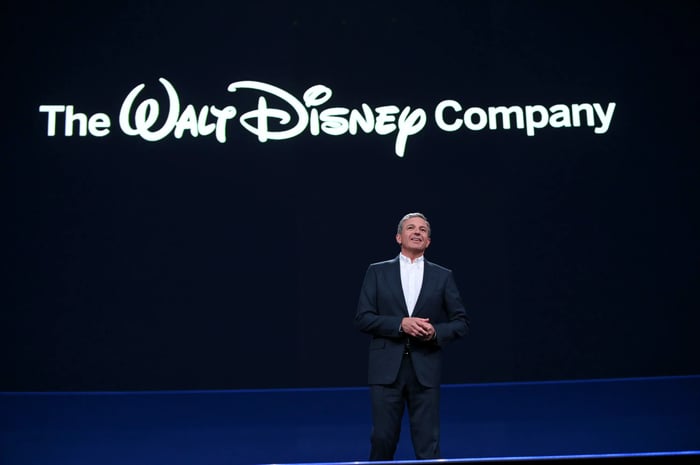 If there's been one bright spot in an otherwise trying quarter, it will no doubt be Disney+. Early last month, the company announced that the streaming service -- which launched on Nov. 12 -- had surpassed 50 million subscribers. To put that into perspective, Disney had previously said it expected its global subscriber base to grow to 60 million to 90 million subscribers by the end of fiscal 2024. This puts the company nearly four years ahead of schedule in terms of subscriber growth, largely due to the widespread stay-at-home orders blanketing much of the world.

Disney had also forecast that its streaming service was expected to hit peak operating losses between 2020 and 2022 and that it would achieve profitability by 2024. Much of this guidance was based on achieving its subscriber goals.

I'll be watching closely to see if the better-than-expected subscriber gains continue and whether the path toward profitability for Disney+ has also accelerated.

Media networks have long been the crown jewel of Disney's entertainment empire, accounting for 35% of its revenue and half of its profit last year, but the unit is likely struggling given the present economic environment. The segment includes cable networks and broadcast television businesses, and one of the biggest contributors has historically been its flagship sports network, ESPN. Unfortunately, nearly half of all professional and ticketed professional sporting events that were scheduled in 2020 have been canceled, and even more are still at risk. ESPN has responded by broadcasting classic games and documentaries to fill the otherwise empty time slots.

Things are likely just as challenging for the remainder of Disney's traditional broadcast television and cable networks as companies have slashed marketing budgets, putting downward pressure on advertising. Ad rates have fallen by 27%, according to industry trade group Interactive Advertising Bureau.

This, combined with the dearth of professional sports, will no doubt have a significant impact on Disney's results, and I'll be looking to see if things are as bad as many fear.

Of course, the two segments that have been hit hardest by the pandemic are the studio entertainment segment and the parks, experiences, and products segment. Disney's theme parks and resorts remain shuttered indefinitely, its cruise ships docked, and most of its retail stores closed because of the pandemic. The studio entertainment segment has also been hobbled, as movie theaters that typically show Disney blockbusters are gathering dust and movie production has ground to a halt.

I'll be keen to see if the results of these two segments are as dire as many are predicting, since they accounted for more than half of Disney's revenue and two-thirds of its profits last year. I'll also be interested to learn what plans Disney is developing for a measured resumption of operations once states begin lifting their stay-at-home orders.