Please ensure Javascript is enabled for purposes of website accessibility
Log In Help Join The Motley Fool
Free Article Join Over 1 Million Premium Members And Get More In-Depth Stock Guidance and Research
By Anders Bylund - May 4, 2020 at 5:20PM

Joe Exotic is getting another star turn. This time, Hollywood superstar Nicolas Cage will portray the eccentric zoo owner in an eight-episode docudrama for ViacomCBS (PARA 1.95%).

The Netflix (NFLX 0.18%) original series about Joe Exotic's dramatic life, Tiger King: Murder, Mayhem, and Madness, turned both heads and stomachs in the spring of 2020. The show garnered 64 million views in its first four weeks and became a staple of this year's social media culture.

CBS Television Studios hopes to tap into the same eyeball-magnet energy while the Tiger King phenomenon is hot. The scripted miniseries will be based on the Texas Monthly article "Joe Exotic: A Dark Journey Into the World of a Man Gone Wild," by Leif Reigstad, which explores Joe Exotic's colorful backstory and his trial for attempted murder for hire.

Written and produced by showrunner Dan Lagana, the CBS series will feature Cage as Joe Exotic. 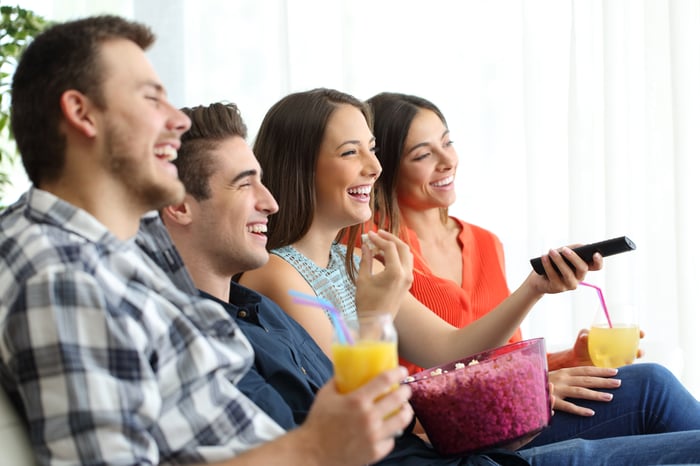 Lagana is best known for his crime mockumentary American Vandal, which satirized true-crime dramas of the Tiger King variety. Throwing more fuel on the fiery Netflix connection, American Vandal was canceled after two seasons despite being the most watched title on Netflix in 2017.

And of course, Nicolas Cage comes with a bulky portfolio of volatile silver screen performances. Cage earned an Academy Award for his starring role in Leaving Las Vegas in 1995 before turning to more mainstream action fare such as Face/Off, Con Air, and National Treasure. A second Oscar followed in 2002 for his dual headline roles in Adaptation.

Younger audiences might know him better for this meme-worthy overacting turn from horror film The Wicker Man (2006). "Not the bees! Not the bees!"

It's a volatile matchup, suggesting a humorous take on the Tiger King story.