Please ensure Javascript is enabled for purposes of website accessibility
Log In Help Join The Motley Fool
Free Article Join Over 1 Million Premium Members And Get More In-Depth Stock Guidance and Research
By David Haen - May 4, 2020 at 8:55AM

On Wednesday, investors will learn the progress of its sickle cell disease drug launch.

Global Blood Therapeutics (GBT -0.04%) plans to report its first quarter earnings on Wednesday, May 6. Importantly, investors will see the first full quarter of sales for Oxbryta, the company's recently approved drug for adults and children age 12 and older with sickle cell disease. 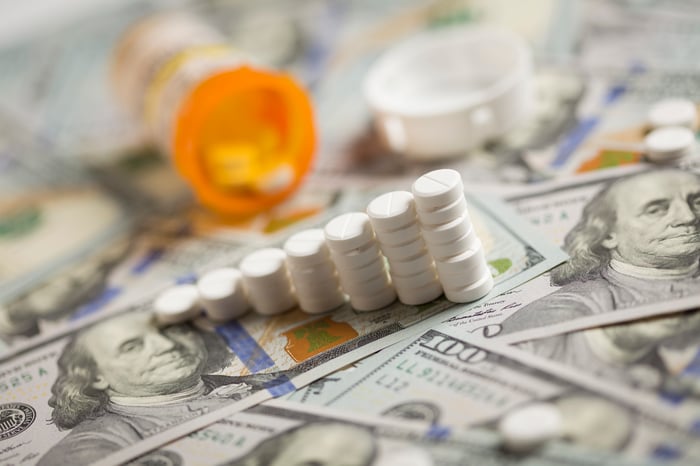 The Food and Drug Administration (FDA) approved Oxbryta on Nov. 25., three months before the FDA's Priority Review action date for the decision. Global Blood got the once-a-day oral treatment in the hands of specialty pharmacy distributors within days of the approval. The initial sales through the last few weeks of 2019 generated a meager $2.1 million.

Investors should not focus too much on that number because there were only a few weeks for sales, and they overlapped with the holidays. Further, while the drug may be available, the company still needs to work out reimbursement issues with health plans, insurers, and entities that control drug placement on approved formulary lists.

Initially, patients and their doctors had to seek reimbursement by claiming medical exceptions, a process in which insurers review every individual case prior to authorization. This extra step creates a bottleneck, slowing down sales and access to treatment.

Prior to launch, Global Blood had been working full steam ahead to address reimbursement and access issues. The company will continue those efforts throughout the remainder of 2020 to get as many sickle cell disease patients covered by both public and private payers.

While Global Blood has been somewhat of a Wall Street darling owing to its experienced management team and active drug, revenue expectations for the quarter look rather meager. According to Yahoo Finance, analysts peg first quarter sales to range from $2.4 million to $5.5 million with an average estimate of $3.6 million.

That number seems low, considering sales of Oxbryta posted $2.1 million, and that was only in December last year. Perhaps analysts are discounting for COVID-19 causing delays in patients receiving the drug.

An alternative way to think about potential sales is to look at other drugs for the disease to see how their launches performed. Luckily for us, the FDA approved another drug for sickle cell disease 10 days prior to Oxbryta. Adakveo from Novartis (NVS 0.99%) gained its approval on Nov. 15 for its infused drug to treat vaso-occlusive crisis from sickle cell disease. These episodes, brought on by clumping of misshapen or sickle red blood cells, can be extremely painful, requiring hospitalization. Unfortunately for some patients, this happens multiple times a year.

Novartis reported earnings on April 28 and noted $15 million in first quarter sales of Adakveo. According to Global Blood, roughly half of all sickle cell patients have one or more vaso-occlusive crises annually. Adakveo must also be given by a 30-minute infusion every four weeks after the first two infusions.

Here's why I think Oxbryta should do better. First, it's an oral pill that can be taken at home. Global Blood even touts home delivery for the drug. During these uncertain times due to coronavirus, patients will still want treatment. I would expect that COVID-19 related disruptions to be far greater for Adakveo patients since it requires visiting a clinic for infusion. Will patients or their doctors subject themselves to the increased chance of exposure? Lastly, Oxbryta seeks to treat an underlying cause of the disease, making the addressable patient population greater than Adakveo, which addresses a symptom.

Global Blood has a high probability of beating analyst projections when it reports earnings this week, in my estimation. That said, the early days of any drug launch provide only glimmers of how the drug will ultimately perform. The convenience factor and end of 2019 sales lead me to believe a revenue beat is on the near horizon, and biotech investors should capitalize by owning the stock now.