Please ensure Javascript is enabled for purposes of website accessibility
Log In Help Join The Motley Fool
Free Article Join Over 1 Million Premium Members And Get More In-Depth Stock Guidance and Research
By Howard Smith - May 4, 2020 at 6:15PM

Zillow sees a sharp drop in home sales leading to a decline in prices for the year.

Real estate marketplace platform Zillow (Z 2.96%) published a report today saying it believes home prices will dip 2% to 3% this year from pre-coronavirus levels, with prices returning to the levels seen at the end of 2019 by the third quarter of 2021. The company believes the price depreciation will result from a decline in total home sales of between 50% and 60% from the levels seen prior to the COVID-19 pandemic.

In what it believes to be the most likely of several scenarios outlined in the report, Zillow predicts that sales could rebound at a rate of about 10% per month after the initial plunge, as a quick economic recovery follows a short-term recession when the economy reopens. 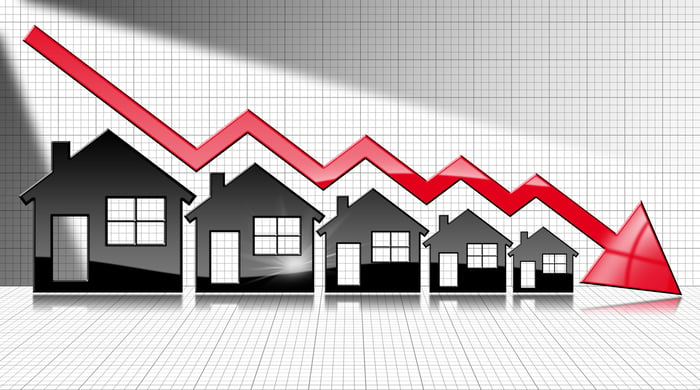 At the end of April, the National Association of Home Builders (NAHB) said that home builder confidence in 55 markets dropped to its lowest level since the fourth quarter of 2012.

In its most optimistic scenario, Zillow foresees a drop in home prices of up to 2% this year, which would quickly begin to recover in 2021. Zillow's most pessimistic scenario, however, predicts a slow economic recovery with a potential second wave of COVID-19 spread that could result in home prices being depressed up to 4% through 2021.

Since the Great Depression of the 1930s, nationwide home prices have only fallen during one other time in modern U.S. history, after the subprime mortgage crisis and the Great Recession a decade ago, according to CNBC.

Zillow also noted that there remain public health and policy risks that could cause an adjustment of its predicted scenarios if conditions worsen.