Please ensure Javascript is enabled for purposes of website accessibility
Log In Help Join The Motley Fool
Free Article Join Over 1 Million Premium Members And Get More In-Depth Stock Guidance and Research
By John Rosevear – May 4, 2020 at 2:19PM

Analysts are worried about weak demand later in 2020.

Shares of ridesharing service Lyft (LYFT 1.24%) were trading lower on Monday, after two analysts cut their price targets for the stock ahead of the company's first-quarter earnings report.

In a note on Monday, Credit Suisse analyst Stephen Ju cut his price target for Lyft's stock to $75, from $96, while maintaining the equivalent of a buy rating. Ju said that he has cut his estimates for Lyft's rideshare bookings for the remainder of the year. He now expects bookings to fall 91% from 2019, on lower numbers of active riders, less frequent rides, and lower average selling prices. 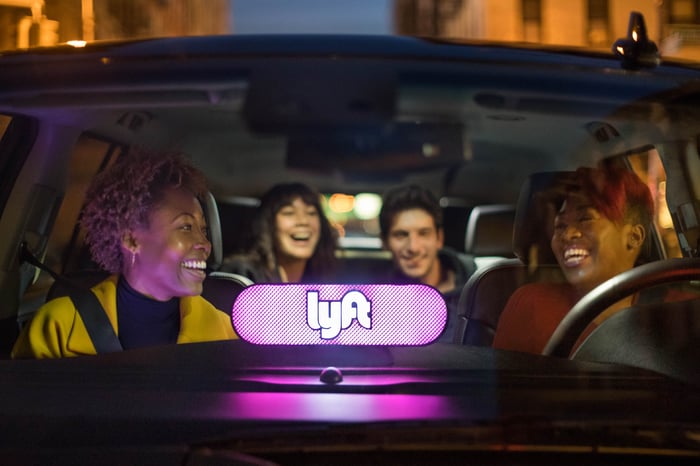 SunTrust analyst Youssef Squali is thinking along similar lines. In his Monday note, Squali cut his price target for Lyft to $45, from $74, while maintaining a buy rating.

Squali noted that Lyft announced major cost cuts last week and said that he expected to see "soft demand trends" when the company reports its first-quarter results later this week. He cut his full-year revenue estimate to $2.9 billion, from $4.7 billion, on concerns about weak demand in the current quarter and the lack of visibility as to when the economy will recover from the COVID-19 shutdowns.

Tech investors should expect Lyft's senior management to address these concerns (among others) when the company reports its first-quarter results after the market closes on Wednesday, May 6.