Please ensure Javascript is enabled for purposes of website accessibility
Log In Help Join The Motley Fool
Free Article Join Over 1 Million Premium Members And Get More In-Depth Stock Guidance and Research
By John Rosevear – May 4, 2020 at 10:43AM

There's something about all three that made them especially attractive to investors last month.

Shares of several companies related to the business of selling cars surged in April, as investors sought out companies that were well situated to weather the coronavirus pandemic and its likely economic aftermath.

Here's how each of these companies' stock prices fared in April, according to data provided by S&P Global Market Intelligence. 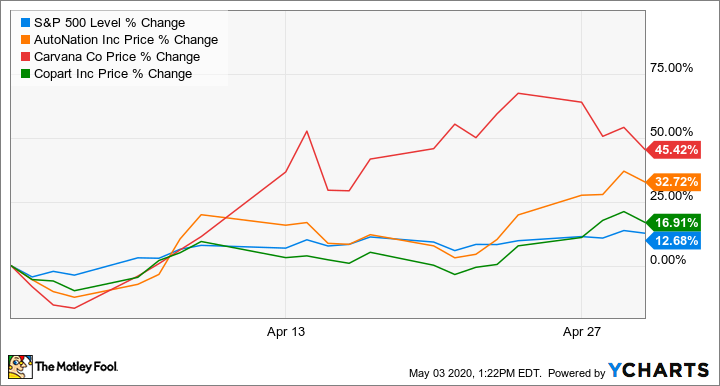 ^SPX data by YCharts. Chart shows price changes from the market's close on March 31 through close on April 30, 2020.

Before we dive into specifics about these three companies, here's some context for their stocks' big rallies in April: They all got clobbered, along with much of the rest of the market, in March.

While their performance in April was very good, all three still trail the S&P 500 Index year-to-date through April 30. 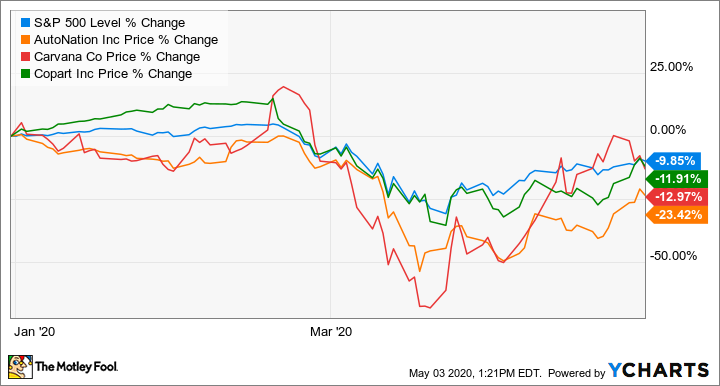 But with that note, it's still worth asking: How did all three of these companies surge in April, a month when U.S. auto sales were probably down by more than 50%?

The answer is pretty simple. Salvaged-car auctioneer Copart and used-car seller Carvana do much of their business online, ideal for an extended period of sheltering-in-place to slow the spread of the COVID-19 virus. AutoNation, which owns more than 360 new- and used-car dealerships, also makes many of its sales via its comprehensive website and was better-prepared than most dealership groups for socially distanced auto sales. 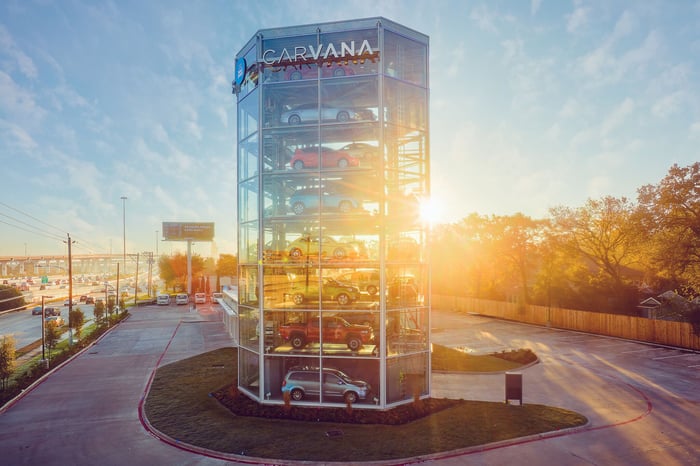 Beyond that general observation, here are the key events that might have moved these stocks in April.

Copart itself said little in April. It had said in a regulatory filing on March 19 that it drew down its lines of credit iand had more than $1 billion in cash on hand as of that date.

Auto investors won't have to wait long for detailed updates, as all three companies are likely to report earnings in may. Carvana is up soon: It'll report its first-quarter earnings result on Wednesday, May 6.

As of right now, AutoNation and Copart haven't yet announced dates for their next earnings reports, but both typically report before the end of May.