Please ensure Javascript is enabled for purposes of website accessibility
Log In Help Join The Motley Fool
Free Article Join Over 1 Million Premium Members And Get More In-Depth Stock Guidance and Research
By Royston Yang – May 4, 2020 at 11:01AM

A fraud investigation into the coffee chain's competitor was likely the reason.

Shares of Starbucks (SBUX -0.63%) climbed 23% in April, according to data provided by S&P Global Market Intelligence.

The rise continues for the coffee chain after its shares hit its lowest at $56 in mid-March. However, the stock is still down around 14% year to date. 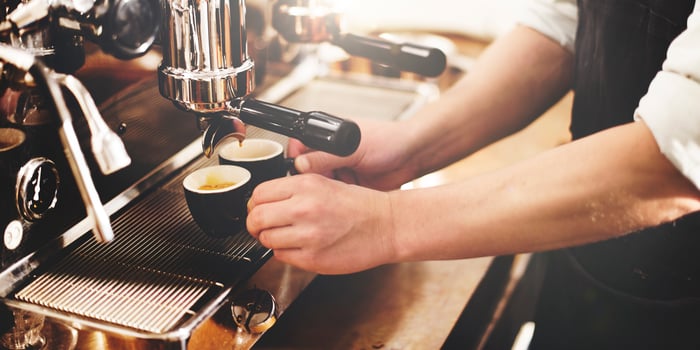 At the end of the company's second quarter, only around 55% of Starbucks stores in the U.S. remained open. This was due to lockdowns imposed by many states in response to the COVID-19 pandemic. Around 76% of drive-thru locations remained open but in the last week of the quarter, comparable store sales fell off a cliff, registering declines between 60% to 70%.

Though these numbers looked bad, the good news is that around 95% of Starbucks stores are now open in China, though many with reduced operating hours and limited seating. As China is a strong growth market for the company, this was a bright spot amid the gloom. Also encouraging is the fact that China's revenue underperformance during the quarter was at the lower end of management's projected range, and more evidence is emerging that full recovery should take place within two quarters, barring unforeseen circumstances.

Also in early April, China's biggest rival to Starbucks, Luckin Coffee (LKNC.Y -5.12%), revealed that a top executive may have faked 2.2 billion yuan worth of sales in 2019. Luckin's former chief operating officer, Liu Jian, and several of his staff have been suspended pending an internal investigation. Shares in Luckin have been suspended since April 9, and the Securities and Exchange Commission has launched an investigation into the beleaguered company.

Starbucks, meanwhile, has made plans to reopen stores that were shut during the pandemic. These stores will be modified and will not allow customers inside, though. The company's loyalty reward program continued to grow in the U.S., hitting 19.4 million active members, up 15% year over year at the end of the quarter. This strong base of loyal customers will stand the company in good stead once all stores are allowed to operate normally again.

Plus, Starbucks announced just last week that it's partnering with venture capital firm Sequoia Capital to invest in Chinese technology companies operating in the food and beverage industry. With China's operations slowly regaining the momentum they lost due to the closures in late January, this partnership should reap healthy returns for the company down the road.