Please ensure Javascript is enabled for purposes of website accessibility
Log In Help Join The Motley Fool
Free Article Join Over 1 Million Premium Members And Get More In-Depth Stock Guidance and Research
By Rick Munarriz - May 5, 2020 at 8:10AM

Let's look at a few fast-growing companies with upcoming quarterly reports that could really heat things up this month.

You don't need to be a big company to deliver big gains. Every multibagger has to start somewhere, and some of market's biggest winners in any given year happen to be small-cap stocks.

Glu Mobile (GLUU), LivePerson (LPSN 1.91%), and Fiverr International (FVRR 1.57%) are some of the interesting stocks trading with market caps north of $300 million but below $2 billion. All three will report financial results this week. Let's go over why they could be the top small-cap stocks to buy this month. 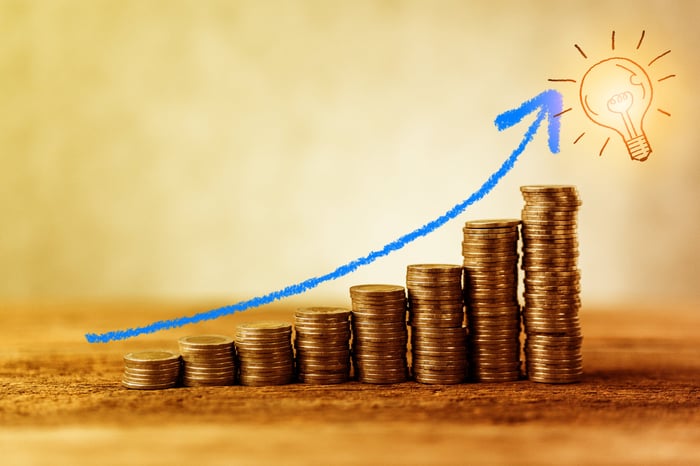 A lot of us have a lot more time on our hands than we figured we'd have, and it's only natural for mobile gaming to see an uptick in activity. Glu Mobile is a leading developer and publisher of free-to-play games. Some of its hottest titles these days include Design Home, Covet Fashion, and Tap Sports Baseball.

Revenue rose 12% last year, accelerating to an 18% year-over-year burst in the final quarter. It steps up for its next quarterly update this week, shortly after Thursday's market close.

It shouldn't be a surprise to see Glu Mobile come through with another strong quarter. Folks are spending a lot of time at home, and Design Home is a sticky app that lets folks tap into their inner interior decorator. With the new Major League Baseball season up in the air, the mid-March rollout of Glu Mobile's annual Tap Sports Baseball update is probably pretty popular right now.

One of the neat things about LivePerson is you probably have no idea you're leaning on its handiwork when it makes your life easier. LivePerson is a provider of high-tech customer support solutions. You know how sometimes you're frustrated on a site, trying to get answers, and a convenient pop-up screen shows up to offer you live assistance or automated solutions? LivePerson is a top dog in this niche, and it has more than two decades of seasoning in this field to make sure it knows just when to intrude into your online session.

LivePerson is on a roll lately. It has posted eight consecutive quarters of double-digit top-line growth. The 20% uptick in revenue that it generated last time out was it's strongest showing in nearly five years. The stock nearly doubled last year, so it's not exactly a Wall Street secret anymore. It reports today, after Tuesday's market close, and it shouldn't have a problem stretching its streak of double-digit growth to nine quarters.

A lot of last year's IPOs have been disappointments, but Fiverr is proof that you should never count out a rookie with the right model. The platform that offers one-off digital freelancing jobs traded as high as $44.25 on its second day of trading after going public last June. The stock traded as low as the high teens three months later, but now it's just a 5% gain away from taking out its all-time high.

In a shareholder letter last month, Fiverr revealed that it initially experienced a 10% to 15% sequential dip in the third week of March, when the COVID-19 shutdown kicked in, but growth stabilized after that and was growing robustly by early April.

Fiverr reports on Thursday morning. It's still not profitable, but it is growing faster than Glu Mobile or LivePerson right now. The update it provided last month suggests that the first-quarter results it offers up later this week will be solid with a strong likelihood of strong guidance for the current period. It may be risky to invest in IPOs, but Fiverr's business seems custom-tailored for the new normal.