Please ensure Javascript is enabled for purposes of website accessibility
Log In Help Join The Motley Fool
Free Article Join Over 1 Million Premium Members And Get More In-Depth Stock Guidance and Research
By John Ballard - Feb 13, 2021 at 10:35AM

On the heels of a $1.2 billion deal to buy U.K.-based Codemasters (announced in late 2020), Electronic Arts (EA 2.75%) is scooping up one of the leading mobile game developers in the world.

Over the last decade, EA used acquisitions to build a diversified mobile portfolio, which currently makes up 13% of total bookings. It has dozens of mobile titles, including older hits like Plants vs. Zombies alongside mobile versions of EA Sports titles such as FIFA Mobile. 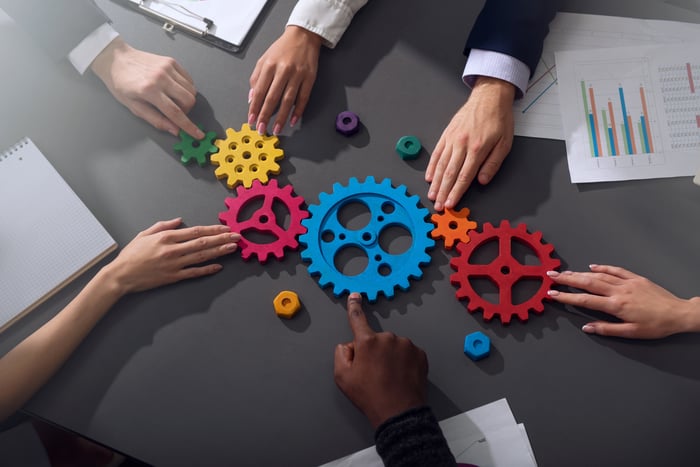 However, EA's mobile business has struggled to grow in recent years. Mobile bookings, excluding licensing revenue, dropped 10% in fiscal 2020, which followed a 13% decline the year before.

The mobile segment has performed well over the last year with strong results from Star Wars: Galaxy of Heroes and FIFA Mobile, but as a group, EA's mobile games are underperforming a market that is growing at high double-digit rates. 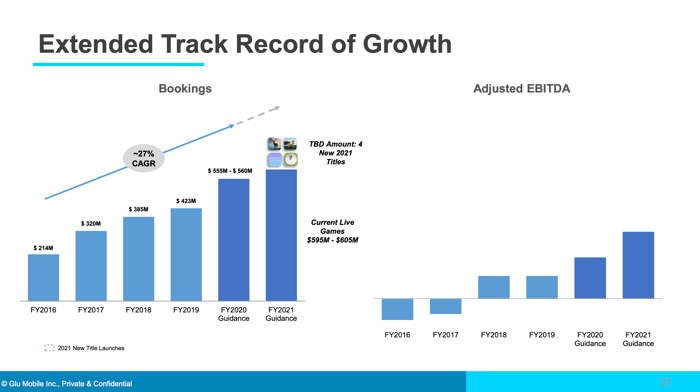 With the addition of Glu Mobile, EA will have a large and growing mobile business generating $1.32 billion in bookings. That includes more than 100 million monthly players on mobile, bringing EA's global reach across console, computers, and mobile platforms to 430 million players. Glu Mobile can leverage EA's marketing capabilities to expand its franchises globally and grow even further.

There are many synergies between these two game producers. Glu Mobile's team, led by former Electronic Arts veteran Nick Earl, has proven very adept at creating, testing, and launching titles across numerous genres, including role-playing, sports, and lifestyle games.

EA's specialty is designing sports games under its EA Sports label, but Glu Mobile has also proven it can consistently grow a mobile sports franchise. Tap Sports Baseball has been a hit for the company, growing from about $4 million of bookings in 2014 to over $90 million in 2019. 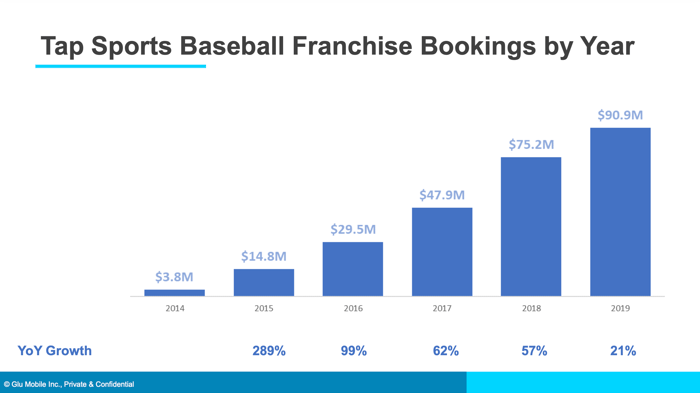 The teams at EA Sports and Glu Sports can obviously share ideas to get even better at what they already do so well.

3. A deep pipeline of new games

The development pipeline at Glu Mobile looks very promising. It has new titles set to launch soon, including Tap Sports Fishing, Deer Hunter World, and an updated version of Tap Sports Baseball for the 2021 season. EA plans to bring Tap Baseball to new countries with its licensing expertise from EA Sports.

There is also Table & Taste, a new lifestyle game, in addition to a range of hyper-casual games launching from Glu's Crowdstar studio. 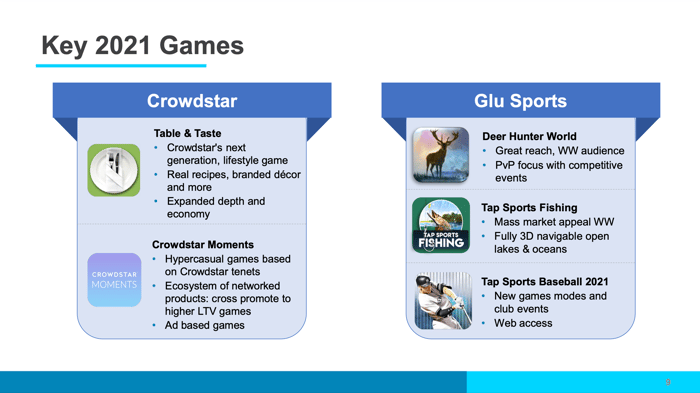 What's more, Glu Mobile could bring fresh ideas to EA about how to monetize certain titles. For example, Glu recently relaunched an e-commerce store in Design Home, making it the first game company to try this unique angle of in-game monetization.  The company reported seeing positive early results from this initiative on the last earnings call.

4. Growth at a fair price

It's always worth checking the price a company is paying when it announces a major acquisition. As Warren Buffett has said, "Price is what you pay, value is what you get." Across three popular valuation metrics, Glu Mobile looks like a good value in the video game industry.

EA is paying $12.50 per share in cash to Glu Mobile shareholders, which puts the latter's price-to-free cash flow multiple at 47.

On a forward price-to-earnings basis, Glu trades at a multiple of 25, which looks like a relatively good deal compared to its larger peer Zynga, which trades at a higher forward P/E of 28.

Glu is also a better bargain on a price-to-sales basis with a multiple just under four, while Zynga trades at closer to six times sales, up there with the industry's top video game stocks. 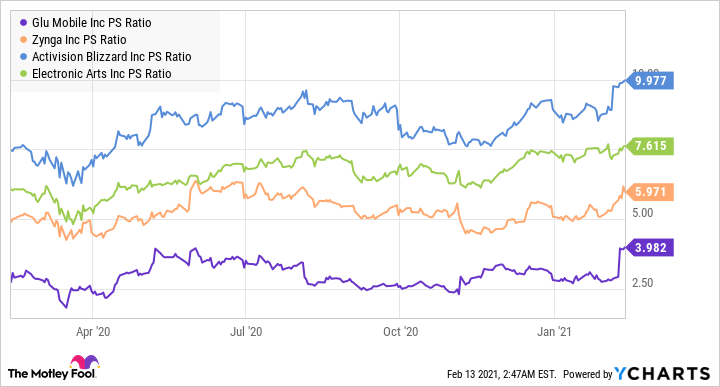 EA entered calendar 2021 with plenty of cash to reinvest or acquire top-notch studios like Glu to extend its dominance in the gaming market.

The company generated $1.9 billion in free cash flow over the last four quarters. That's on top of the $6.7 billion in cash and short-term investments on the balance sheet at the end of 2020. 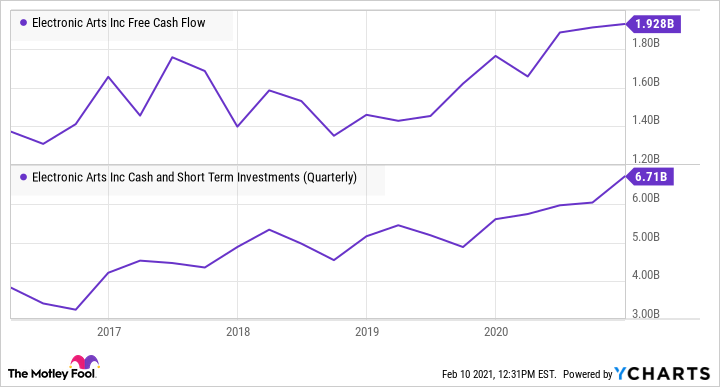 The Codemasters deal is expected to close this month, while Glu Mobile should close during the June-ending quarter. Even after these two deals are complete, EA will still have a few billion dollars' worth of cash on the balance sheet with nearly $2 billion in free cash flow coming in every year.

The addition of Glu Mobile will jump-start EA's growth in a mobile market that grew an estimated 25% last year, reaching $86 billion in global revenue, according to Newzoo.

In short, this acquisition is a major upgrade for Electronic Arts' mobile game business, which is why the stock surged to a new high on the news.