Please ensure Javascript is enabled for purposes of website accessibility
Log In Help Join The Motley Fool
Free Article Join Over 1 Million Premium Members And Get More In-Depth Stock Guidance and Research
By Scott Levine - May 5, 2020 at 10:38AM

This Chinese EV manufacturer is charged up about its prospects in Europe.

BYD (BYDD.F -0.87%), the Chinese electric vehicle (EV) manufacturer of which Berkshire Hathaway (BRK.A 0.55%) (BRK.B 0.42%) owns 25%, announced yesterday that it expects to launch its vehicles in Europe for the first time in 2020. Having already gained global success with the plug-in hybrid version of the vehicle, BYD plans on introducing the second-generation BYD 'Tang' compact SUV in Norway this year as the company attempts to expand its presence in the European market.

With a range of up to 373 miles (520 km), the BYD Tang EV600 is fully electric and features permanent all-wheel drive. Pricing on the vehicle is currently unavailable. 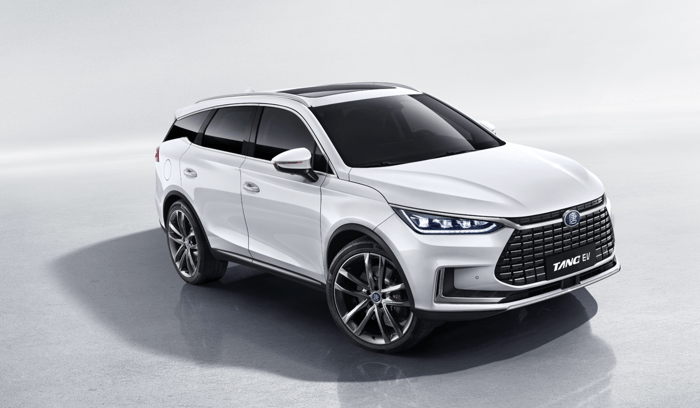 Optimistic about the company's endeavor, Isbrand Ho, Managing Director at BYD Europe, said, "The Norwegian market is the natural choice for BYD to start this trial as we look to expand our EV presence in Europe. Norway is the most advanced market in Europe when it comes to the widespread adoption and usage of electric vehicles," adding that BYD "will closely evaluate how the market performs, but, in the longer term, it is our aim to expand passenger car sales beyond Norway."

While the delivery of the Tang to the Norwegian market will represent the initial appearance of the company's passenger vehicles in Europe, this won't be BYD's first deal in the country. Last November, for example, BYD received its first order from one of Norway's leading public transportation providers, Unibuss, for 23 fully electric Ebuses, which will operate in and around Oslo.

Can Volvo Get Americans to Buy Chinese Cars?