Please ensure Javascript is enabled for purposes of website accessibility
Log In Help Join The Motley Fool
Free Article Join Over 1 Million Premium Members And Get More In-Depth Stock Guidance and Research
By Rich Smith – May 5, 2020 at 12:51PM

The Oxford, Massechusetts-based fiber laser maker reported earnings of $0.68 per diluted share for its fiscal first quarter on sales of $249.2 million -- both numbers well ahead of Wall Street's consensus, which had predicted IPG would earn only $0.19 per share on sales of $237.7 million. 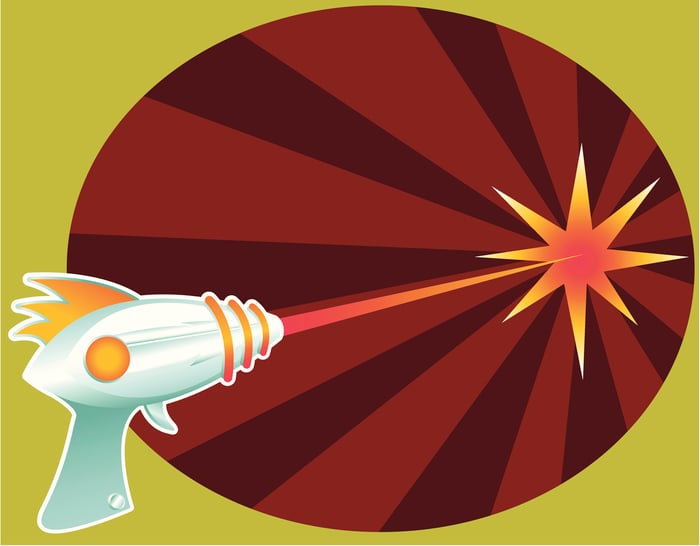 That's not to say the news was all good. Year over year, IPG's sales sank 21% as the coronavirus pandemic depressed economies around the globe, and profits plunged 33%. What's more, $0.28 of the company's $0.68 in net profit was due, by the company's own admission, to "foreign exchange gains" as strong foreign currencies translated into more, weaker U.S. dollars.

Still, even without the foreign exchange earnings, IPG's profits would have been $0.40 per share -- more than twice what Wall Street had expected.

In his comments on the report, IPG CEO Dr. Valentin Gapontsev credited "a rebound in China-based demand during March and strength in new products" for the stronger-than-expected results.

IPG's strength looks set to continue into Q2 as well, with management forecasting revenue will grow to between $260 million and $290 million in the year's second quarter, with earnings of from $0.40 to $0.70 per share. Lending confidence to the prediction, Gapontsev noted that the company is taking in far more orders for new work than it is booking as revenues right now, with "first quarter book to bill ... meaningfully greater than 1.0." In a further demonstration of confidence, IPG management announced a new stock buyback program, authorizing the repurchase of "up to $200 million of IPG common stock."

IPG management seems to think its stock is worth buying. Based on today's share price action, investors seem to agree.