Please ensure Javascript is enabled for purposes of website accessibility
Log In Help Join The Motley Fool
Free Article Join Over 1 Million Premium Members And Get More In-Depth Stock Guidance and Research
By Rich Duprey – May 6, 2020 at 2:29PM

The discount retailer has become a vital outlet for consumers during the pandemic.

Shares of Dollar General (DG 3.00%) jumped 16.1% in April, according to data from S&P Global Market Intelligence. This isn't a surprising outcome considering the depressed economic condition resulting from the coronavirus pandemic.

With businesses ordered closed, employees furloughed, and stay-at-home orders issued, consumers will spend their limited dollars in ways that stretch them the furthest. 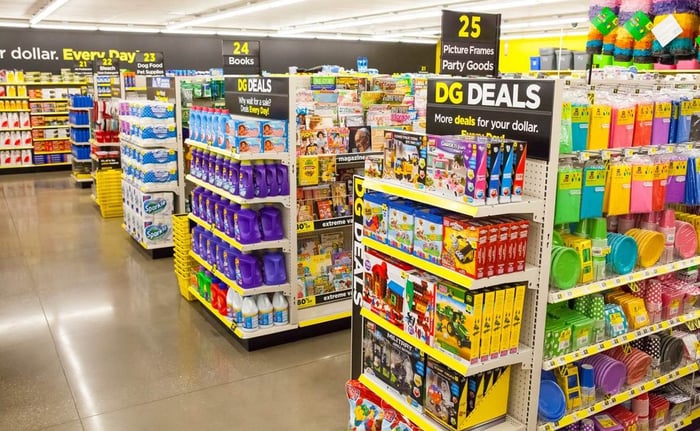 Dollar General is the leading dollar-store chain and possesses a strong market position, as it offers consumers a broad range of goods and varying price points, with most of them being $5 or less.

As unemployment hit 30 million people -- and ADP just reported that private payrolls plunged to their lowest levels since it began tracking them -- the dollar-store chain became a key value component for consumers. They were also able to make their $1,200 stimulus checks go a lot further at the chain that also increasingly sells fresh produce in a challenge to Walmart's dominance.

Dollar General posted its 30th consecutive year of comparable-store sales growth in 2019, and the growth trajectory it's on remains intact.

Shares of the leading dollar-store chain gained more than 40% over the past year, despite the highly competitive nature of the discount-retail market. Investors are likely to see similar resilience this year.