Please ensure Javascript is enabled for purposes of website accessibility
Log In Help Join The Motley Fool
Free Article Join Over 1 Million Premium Members And Get More In-Depth Stock Guidance and Research
By Prosper Junior Bakiny – May 6, 2020 at 12:39PM

Investors were impressed with the company’s first-quarter financial results.

Shares of Horizon Therapeutics (HZNP 3.83%) are up by 16% as of 12:03 p.m. EDT on Wednesday following the company's release of its first-quarter earnings report. Investors were impressed with Horizon's quarterly update, with the company's revenue and earnings coming in much higher than analyst estimates.

During the first quarter, Horizon's net sales were $355.9 million, representing a 27% year-over-year increase. On average, analysts expected the company to record net sales of $287.9 million. Also, Horizon's non-GAAP (adjusted) net income for the quarter was $83.2 million -- or $0.40 on a per-share basis -- compared to the non-GAAP net income of $53.9 million and non-GAAP EPS of $0.30 the company recorded during the prior-year quarter. Horizon's $0.40 non-GAAP EPS was significantly higher than the $0.22 analysts had been expecting. 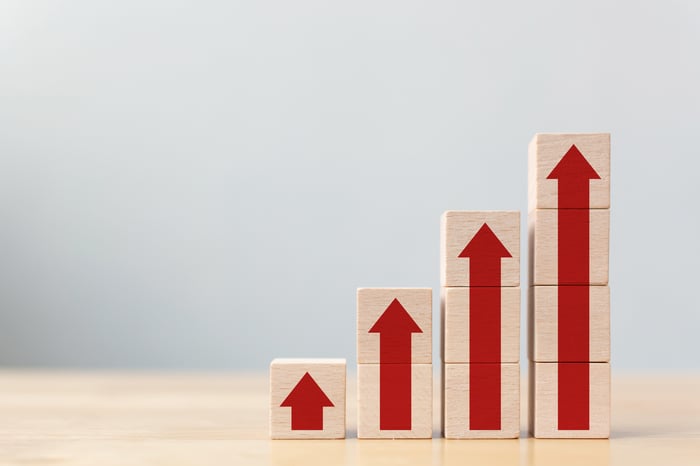 Horizon's strong performance during the first quarter was driven by several of its key products. For instance, the company's gout treatment Krystexxa had sales of $93.3 million, representing a 78% increase compared to the year-ago period. Further, Horizon's Ravicti -- which helps prevent a buildup of ammonia in the blood -- had sales of $61.2 million, up 23% year over year. Lastly, Tepezza, a treatment for thyroid eye disease (TED) that was approved in January, had sales of $23.5 million during the first quarter.

In its quarterly update, Horizon said that Tepezza "exceeded" its expectations during the first quarter. The success of this new product is one of the main factors behind Horizon's decision to revise its guidance upward for the current fiscal year. The pharma company had previously announced that it expected its net sales for the year to be between $1.40 billion and $1.42 billion. Now Horizon expects its net sales for 2020 to be between $1.40 billion and $1.45 billion.