Shares of Occidental Petroleum(NYSE:OXY) tumbled more than 10% by 3 p.m. EDT on Wednesday. Weighing on the oil company were its weak first-quarter results and its struggles to manage its lofty debt load amid crashing crude oil prices.

Occidental Petroleum posted a steep loss during the first quarter. Not only did crashing crude oil prices in the period impact its earnings, but the company also had to write off the value of roughly $2 billion of assets due to lower pricing. 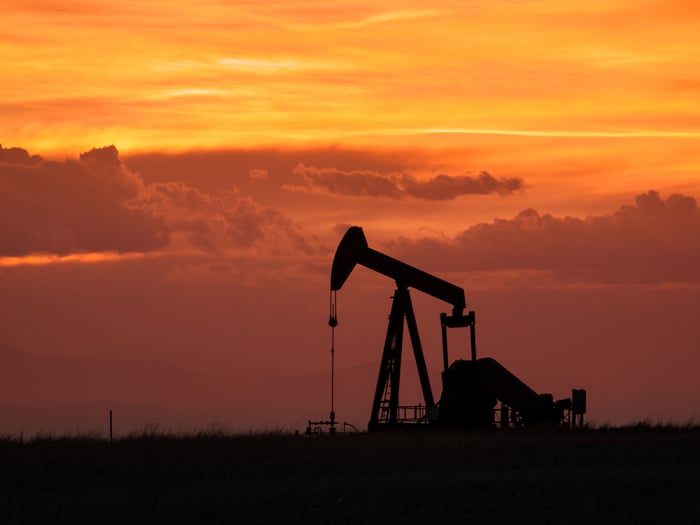 The significant downturn in the market also forced Occidental to make additional spending cuts so that it can navigate this challenging period. It reduced its capital budget for the third time and now expects to spend 50% less than its initial forecast. The company also plans to cut operating and overhead expenses by another $1.2 billion this year, which is on top of the $1.1 billion reduction it has delivered as part of its merger with Anadarko Petroleum.

That acquisition, however, continues to wreak havoc on Occidental's balance sheet. Its chief financial officer warned on the accompanying conference call that Occidental wouldn't be able to address its debt issues with asset sales alone, given the problems it has had with closing deals and the impact lower prices are having on asset values. The company is looking at alternative options to address the situation, which could include exchanging debt, or extending its maturities so that it can stay afloat.

Investors continue to worry about Occidental's balance sheet. With its asset-sale plan falling short, the company needs to get creative to shore up its financial profile. The concern is that the moves it will have to make might further handcuff the company, which could put even more pressure on the stock price.