Successful investing often comes down to knowing what not to buy. Avoiding catastrophic investment mistakes can help you protect your hard-earned money from devastating losses that could wipe out your portfolio.

Knowing which stocks are a big mistake to invest in right now isn't always easy. There's lots of conflicting advice being bantered about in this volatile moment for the stock markets. But it's pretty clear you will want to stay well clear of the following high-risk stocks. 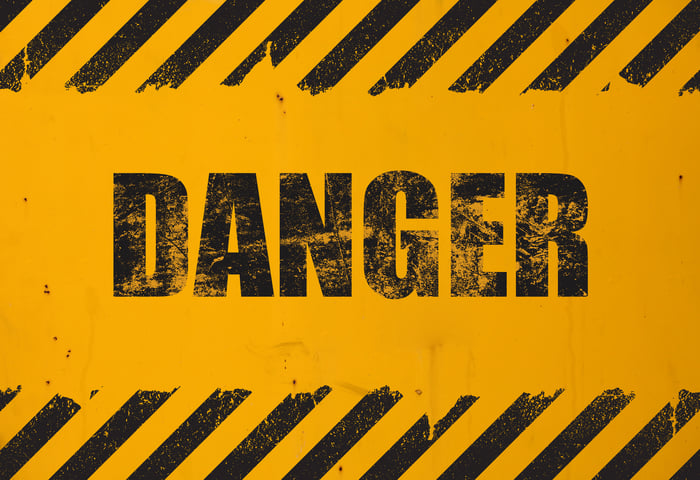 Ever since passengers started getting stranded in quarantine situations on cruise ships back in February due to the coronavirus outbreaks, it was clear the cruise ship industry would suffer a major blow. Cruise ships -- with their crowded living spaces, constant exposure to new lands and people, and limited medical facilities and supplies -- are nearly perfect breeding grounds for the highly contagious virus.

Carnival (NYSE:CCL), Royal Caribbean (NYSE:RCL), and Norwegian Cruise Line Holdings (NASDAQ:NCLH) have been forced to halt cruises as a result of efforts to halt the pandemic following multiple outbreaks of COVID-19 aboard their ships. With little revenue coming in, cruise companies are burning through their available cash and credit lines. Their share prices have plunged in response -- Carnival, Royal Caribbean, and Norwegian have all lost more 70% of their value so far in 2020 -- resulting in devastating losses for investors. 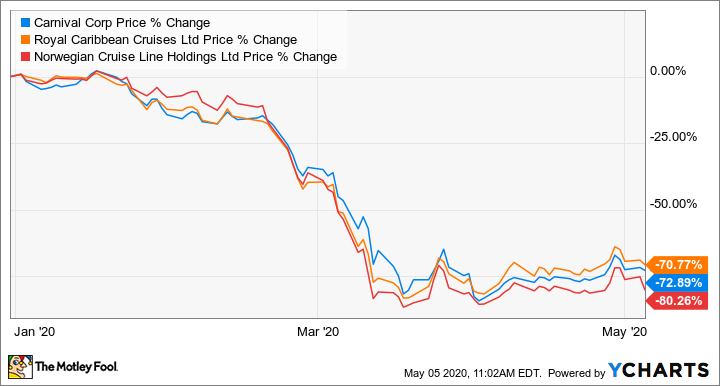 Unfortunately, more pain likely lies ahead for these companies. The Centers for Disease Control and Prevention (CDC) has already extended its "no sail order" for cruise ships once, and it's possible that it could do so again. But even if it doesn't, demand for cruise ship travel is likely to take a major hit until an effective treatment for COVID-19 is found. That could take longer than many investors expect -- and potentially longer than some of the major cruise companies can stay afloat. Investors, therefore, are likely best served by staying well clear of the stocks of Royal Caribbean, Carnival, and Norwegian Cruise Line Holdings.

Like cruise ships, amusement parks are fertile ground for disease transmission. Following social distancing guidelines won't be easy for parks that try to pack in as many visitors as they can. Standing in long lines while waiting to go on rides is never fun, and people are going to be even less likely to want to do so when it could result in them contracting a potentially deadly virus.

Companies like Six Flags Entertainment (NYSE:SIX) and Cedar Fair (NYSE:FUN) are likely to suffer major traffic declines at their amusement parks this summer. Cedar Fair and Six Flags are heavily indebted companies. With the prospect of minimal cash flow generation during the key spring and summer months, they've been forced to issue more debt to fund their operations during the pandemic.

Six Flags and Cedar Fair have suffered sharp drops in their stock prices in 2020, with both stocks losing more than half their value so far this year. 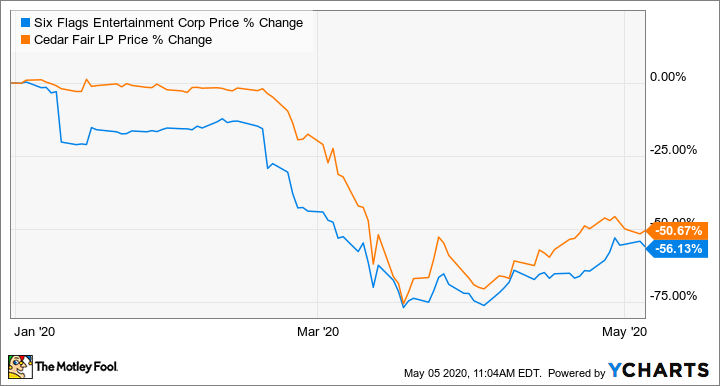 Yet, here again, investors could be in store for even more losses. The downturn in amusement park traffic might last well beyond this summer if a COVID-19 vaccine isn't in wide use by early next year. That could make it difficult for amusement park companies to raise more capital -- and service their existing debt loads. Should this dire scenario come to pass, Six Flags' and Cedar Fair's stocks would likely plunge even further.

It's pretty clear you will want to avoid the stocks of these amusement park companies for the time being. Quite simply, there are better companies to choose among -- many of which are far less risky -- such as the stocks referenced below.