Please ensure Javascript is enabled for purposes of website accessibility
Log In Help Join The Motley Fool
Free Article Join Over 1 Million Premium Members And Get More In-Depth Stock Guidance and Research
By Zhiyuan Sun – May 7, 2020 at 10:46AM

Can a company that failed multiple times to deliver vaccines for previous epidemics finally succeed?

Given the severity of the COVID-19 pandemic, investors are anxious to buy stocks that can deliver any good news about a potential solution to the pandemic. One such stock is Inovio Pharmaceuticals (INO -2.19%), which said it developed a vaccine for COVID-19 in February three hours after the genome for COVID-19 was published.

As of April 28, the company has completed enrollment of 40 healthy volunteers into its phase 1 clinical trial. But an examination of Inovio's past reveals troubling signs that the vaccine's outcome may not be the rosy dream investors are hoping for.

What is Inovio's track record?

During the 2009 swine flu, Inovio developed an experimental vaccine called SynCon and presented evidence that 100% of pigs vaccinated with SynCon did not catch the swine origin H1N1 virus. Since SynCon achieved success in pre-clinical models, it was forwarded to phase 1 clinical trials for testing in humans. Upon the release of the news in July 2009, Inovio's stock nearly tripled in the span of one month. Three years after the outbreak ended, the company released the results from its phase 1 trial. SynCon demonstrated immune-response levels similar to a seasonal flu vaccine. Inovio also disclosed its vaccine was not matched to the then-circulating H1N1 strain. Afterwards, this vaccine was never heard from again. Inovio's stock had fallen by nearly half when the outbreak dissipated in August 2010.

In 2013, the H7N9 avian flu broke out in China, infecting a total of 394 people and killing 120 by March 2014. Inovio issued a press release that said 100% of vaccinated mice were protected from the illness when they were given its immunotherapy vaccine. In 2015, the company disclosed in its SEC filings that it was still seeking funding for its H7N9 program. Non-diplomatic translation: the project was shelved.

Investors may start to notice a pattern. During an infectious disease outbreak, Inovio announces it has developed a vaccine for the responsible virus strain. It presents data of up to 100% response rates in early studies, only to table its vaccine program for the said disease after the outbreak ends. If you're still not convinced this is a pattern, let's fast forward to the next few instances.

In 2014, Inovio announced it was moving its Ebola vaccine into clinical trials in preparation for the West Africa Ebola outbreak after achieving a 100% response rate in guinea pigs and mice. Meanwhile, it didn't mention the vaccine again until 2018, during the Kivu Ebola virus outbreak. Then, the company announced its vaccine achieved 100% response rates in early studies. However, no further progress involving the vaccine has been announced.

When the Zika and Middle Eastern Respiratory Syndrome (MERS) viruses broke out in 2015 and 2016 respectively, Inovio announced its vaccine achieved 100% antibody response in study participants. When the outbreaks were over, no news of the vaccines' advancement to phase 3 or FDA approval came, and the projects were shelved, until now.

Just recently, Inovio disclosed that the company's vaccine against the MERS coronavirus (not the current COVID-19) demonstrated 92% to 100% response rates in phase 1. Inovio believes these results show its COVID-19 vaccine will witness similar success in clinical trials.

In all, during the span of the past decade, Inovio has claimed it has developed a vaccine for nearly every single major disease outbreak. However, none of its vaccines ever made it to phase 3 or received FDA approval. Previous investors who bought Inovio's stock hoping a successful vaccine would be developed in time found the outbreaks subsided before it could happen. 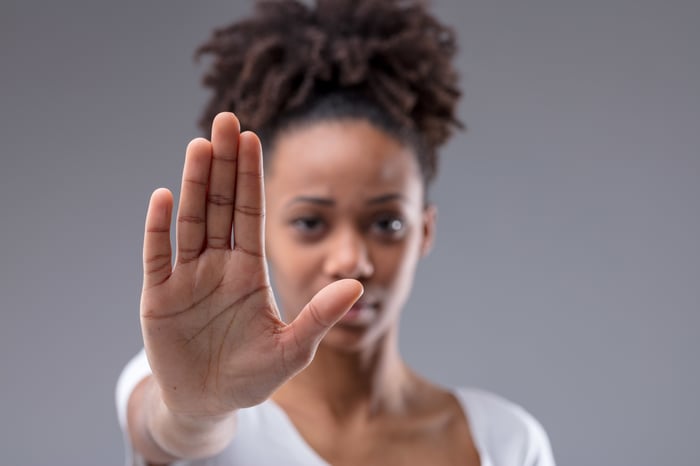 So is the company legit?

Unlike claims made by many short-sellers including Citron Research, I don't think the company is an outright pump and dump scam. Inovio does have a phase 3 clinical trial for cervical lesions, and has multiple R&D programs with reputable companies, such as its partnership with Regeneron to develop INO-5401 for the treatment of glioblastoma (the most invasive form of brain cancer). In addition, Inovio has nearly $90 million in cash and short-term investments on its balance sheet to offset more than $110 million in annual expenses. However, this is negatively impacted by over $76 million in liabilities for convertible debt.

On the other hand, there were no material developments in the rest of the company's clinical candidates in the past two quarters, while its stock more than tripled. Hence, it can be concluded that the stock's run-up was purely due to the hype surrounding its coronavirus potential vaccine.

There's more than enough evidence to show the company does not have a successful track record of developing vaccines for disease outbreaks, at least not in a timely manner. Therefore, I expect the stock to trade back down to sub-$3 levels from the $10 it's at now in a few months' time. In all, this is definitely a stock long-term pharmaceutical investors should avoid.