Please ensure Javascript is enabled for purposes of website accessibility
Log In Help Join The Motley Fool
Free Article Join Over 1 Million Premium Members And Get More In-Depth Stock Guidance and Research
By Cory Renauer - May 7, 2020 at 5:47PM

Exporting personal protective equipment from China to the U.S. just got a lot more difficult.

To help replenish dwindling supplies of N95 masks, U.S. government agencies had been allowing them to be imported by businesses that hadn't been through the FDA's usual vetting process. It's beginning to look like that was a mistake.

In an interview published Thursday in The Wall Street Journal, an FDA official admitted that a growing number of respirator masks imported to the U.S. were failing to meet the required standards. As a result, the agency has cut the number of companies in China approved to make N95-style masks for export to the U.S. from around 80 to just 14. 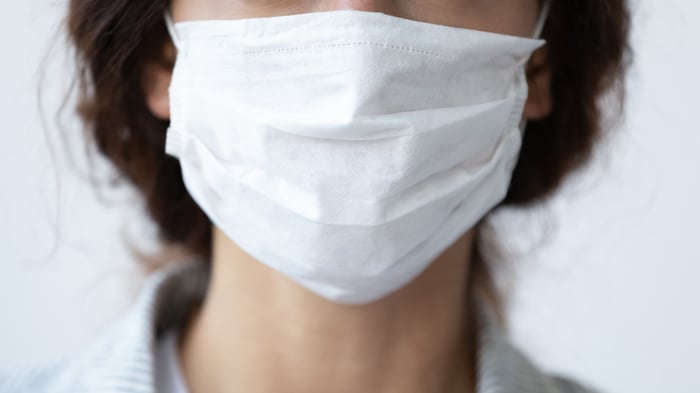 The FDA isn't the only agency ratcheting up its enforcement of quality standards. Immigration and Customs Enforcement recently teamed up with Amazon (AMZN 3.15%) and domestic N95 mask producer 3M (MMM -0.71%) to prevent counterfeit masks and other substandard pandemic-managing necessities from entering the country.

The sudden reduction in masks available for import from China is the result of revisions to the FDA's earlier plan to quickly increase the U.S. supply of filtering facepiece respirators. Previously, importers were able to request that they be added to the approved list; from now on, only the manufacturers themselves will be able to make that request.

The FDA has also added a process by which companies can be  removed from its approved list of respirator manufacturers if the agency finds that they aren't meeting standards.

The N95 designation means that a mask blocks 95% of tiny (0.3 micron) particles. But recent tests by the National Institute for Occupational Safety and Health found a majority of so-called N95 masks being imported allowed significantly more than 5% of those tiny particles to pass through their filters.