Please ensure Javascript is enabled for purposes of website accessibility
Log In Help Join The Motley Fool
Free Article Join Over 1 Million Premium Members And Get More In-Depth Stock Guidance and Research
By Donna Fuscaldo – Updated May 7, 2020 at 12:39PM

Despite an uptick in April, all told rideshares at Lyft were down 75% for the month.

Lyft (LYFT 5.99%), the ride-hailing start-up that just laid off 17% of its workforce, is seeing demand for its core business begin to pick up again in April, albeit very slowly.

In the first-quarter earnings results Lyft reported late Wednesday, revenue jumped 23% year over year. Lyft said that while rides were down 75% year over year in April, that figure appears to have hit a bottom in the second week of the month. 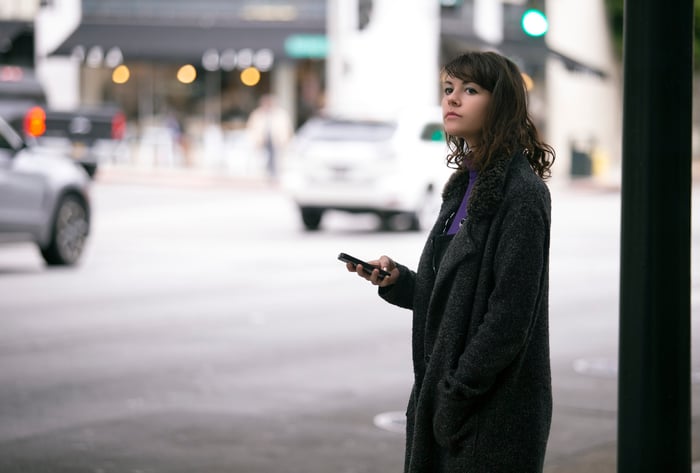 "We have since seen three consecutive weeks of week-on-week growth," said Lyft CEO Logan Green on the tech stock's earnings conference call . "But clearly, this is from a low absolute ride base, and rides last week were still down more than 70% year-on-year."

In the U.S. Lyft said it's seen a 21% uptick in rides during the first week of May. Rideshares in Atlanta were up 35% in the first week of May, while they increased 35% in Chicago, and were up 29% in Houston. In New York City, hit hard by the COVID-19 pandemic, rideshares were 22% higher than April.

Green wouldn't predict the timing or trajectory of a recovery but warned the tech stock will be negatively impacted even as shelter in place and travel restrictions are lifted, as social distancing alters consumer behavior.

Lyft also said it will cut costs further in its quest to make a profit. For 2020, the ride-hailing company is reducing its 2020 capex from $400 million to $150 million, marking a 63% decline. It also found more areas where it can reduce fixed costs, aiming to lower them by about $300 million annually. The company refrained from offering up a forecast for the remainder of 2020, pointing to the uncertainty as to when the virus will be contained. Lyft CFO Brian Roberts did say the ridesharing company expects to keep its second-quarter adjusted EBITDA loss to less than $360 million.