Please ensure Javascript is enabled for purposes of website accessibility
Log In Help Join The Motley Fool
Free Article Join Over 1 Million Premium Members And Get More In-Depth Stock Guidance and Research
By Keith Speights – May 7, 2020 at 8:07AM

Banking, Buffett, and big pharma make for a super-attractive list of bargain stocks.

Sometimes you can get the best of both worlds -- low price and high value. That's been one silver lining in the otherwise very dark cloud of the COVID-19 pandemic. There are quite a few great high-quality stocks that can be bought at attractive prices today.

Some of these stocks especially stand out. Here are three value stocks that are absurdly cheap right now. 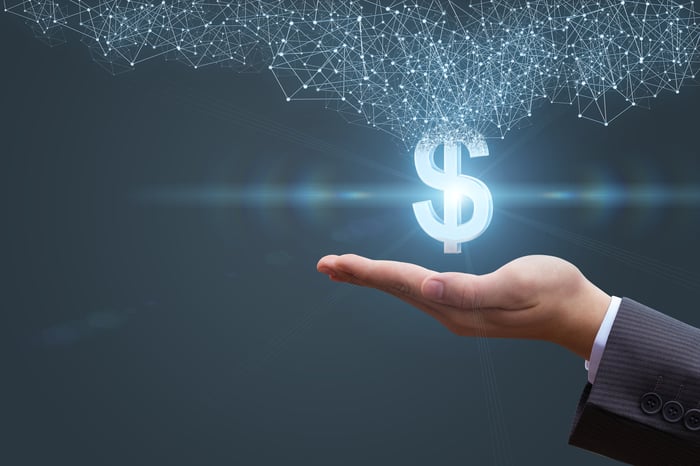 I suspect Buffett himself would agree that Bank of America (BAC -0.14%) offers a tremendous value and is priced attractively. The Oracle of Omaha said at Berkshire Hathaway's (BRK.A 0.26%) (BRK.B 0.30%) annual shareholders meeting recently that "banks have behaved very well and are in very good shape" in the midst of the economic turmoil caused by the COVID-19 outbreak. He added that he's not really worried about the major banks.

Bank of America shares now trade at well below book value. The stock has recovered a little from the initial plunge during the massive market sell-off in late February and March. However, it's still more than 30% below the high levels set earlier this year.

But, as Buffett said, the major banks are still in solid financial shape. Bank of America ranks as one of the strongest in the banking industry. It's even hiring additional workers instead of laying people off.

I fully expect Bank of America will continue to face some challenges, especially with loans to the energy sector. However, the company is built to last. Once the COVID-19 storm has passed, Bank of America should rebound in a major way.

Another absurdly cheap stock that offers a lot of real value is none other than Buffett's own Berkshire Hathaway. Berkshire shares are still down more than 20% from their high levels earlier this year. The stock also trades at just a little over book value. In addition to these metrics, there's also the fact that the company was scooping up its own shares in 2019 when the stock was priced significantly higher than it is now.

I think that all of this adds up to a pretty solid argument that Berkshire is cheap. It's even easier to make the case that the stock offers a whole lot of value.

Berkshire isn't just one company. It's a holding company that owns all or part of many other businesses. Berkshire's subsidiaries include businesses that are well-run and have strong long-term prospects. There are too many to list all of them, but companies such as GEICO, General Re, McLane, and Precision CastParts definitely fall into both categories.

And Berkshire owns stakes in more than 40 publicly traded companies. Its two biggest holdings, Apple and Bank of America, highlight the general level of quality in Berkshire's investment portfolio. These stocks will perform well over the long run. And so will Berkshire Hathaway.

Not every dirt-cheap value stock is on Buffett's list. Bristol Myers Squibb (BMY 0.98%) is a notable exception that boasts a very attractive valuation. The big pharma stock trades at less than 10 times expected earnings.

I think that valuation metric doesn't tell the full story for BMS, though. What I really like about Bristol Myers Squibb is its growth prospects. Those prospects were significantly bolstered by the company's 2019 acquisition of Celgene.

New drugs and promising pipeline candidates make BMS even more attractive, in my view. The company won FDA approval for Zeposia in treating multiple sclerosis in March. It has potential blockbuster cell therapies ide-cel and liso-cel waiting in the wings. And that's just a start. After you throw in a solid dividend yield of close to 3% on top of its growth prospects, I don't think you'll find a more appealing big pharma stock on the market right now.