Please ensure Javascript is enabled for purposes of website accessibility
Log In Help Join The Motley Fool
Free Article Join Over 1 Million Premium Members And Get More In-Depth Stock Guidance and Research
By Jason Hall – May 7, 2020 at 2:00PM

An update from Moody's and word that a retailer is opening hundreds of stores has investors buying today.

Shares of athletic apparel and footwear maker Under Armour Inc (UA -7.14%) (UAA -7.06%) are up almost 7% at 12:23 p.m. EDT on May 7, following a release from credit ratings agency Moody's (NYSE: MCO) yesterday afternoon, announcing that it had completed a periodic review of the ratings of Under Armour.

As one of the three major credit ratings agencies, nearly anything Moody's says about a company has the potential to move its share price up or down, and that's particularly true for Under Armour, which has nearly $600 million in debt and has struggled over the past few years in a highly competitive market for the consumer discretionary dollars spent on athletic apparel and footwear. 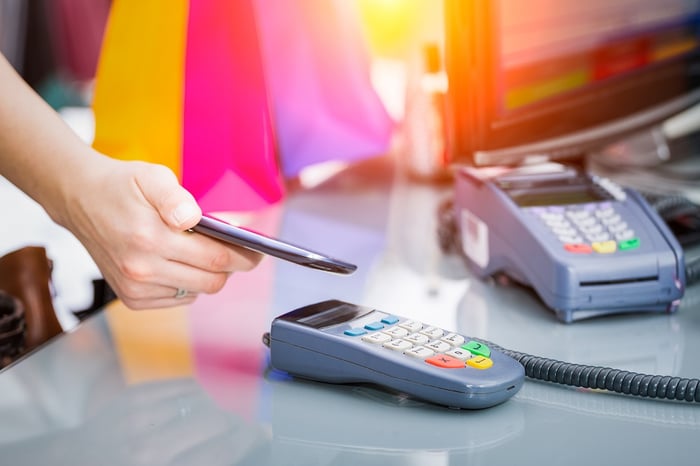 In the release, Moody's said a review such as what it just completed does not include a change in credit rating, but nonetheless investors still viewed the release positively. Moody's highlighted Under Armour's well-known brand, solid competitive position, and Moody's own positive outlook for the global sports apparel market as being reflected in its current rating of Ba2. Moody's also said the rating is supported by Under Armour's conservative financial strategy (it has paid down almost $500 million of debt since 2017), but pointed out that it was constrained by the likelihood that the coronavirus crisis would impact its margins and cash flows this year.

In addition to the Moody's update, Under Armour is being buoyed by a good day for most U.S. stocks. The SPDR S&P 500 ETF Trust (SPY -2.09%) is up almost 2% at this writing, with several retailer stocks leading the charge.

One notable big gainer today is Under Armour retailer Kohl's (KSS -4.34%), which announced plans to open some 300 of its stores in the coming weeks as municipalities it operates in lift stay-at-home orders. Kohl's stock is up almost 8% on the announcement.

Add it all together and you have a number of things today that have investors looking more positively at Under Armour. With its next earnings report coming on May 11, we don't have to wait that much longer to get an even better idea how things are going for the company.