Please ensure Javascript is enabled for purposes of website accessibility
Log In Help Join The Motley Fool
Free Article Join Over 1 Million Premium Members And Get More In-Depth Stock Guidance and Research
By Reuben Gregg Brewer – May 7, 2020 at 1:16PM

The company reported earnings a day earlier, but investors appear to be excited by something that has little to do with the REIT's long-term prospects

Shares of retail-focused real estate investment trust (REIT) STORE Capital (STOR -0.83%) jumped 10% in early trading on May 7. What's interesting about that advance is that it comes a day after the company reported earnings. And the key update in that release wasn't exactly great. But it was better than investors were expecting, and that's what matters. Oh, and news came out after the close on May 6 that the REIT is slated to be added to the S&P MidCap 400 index.

The real reason STORE Capital is moving today is probably related to it being added to the S&P MidCap 400 index, which means that index-tracking investment products will have to buy it. Stocks often pop on news like this. But that's not all that's important here for investors to understand. 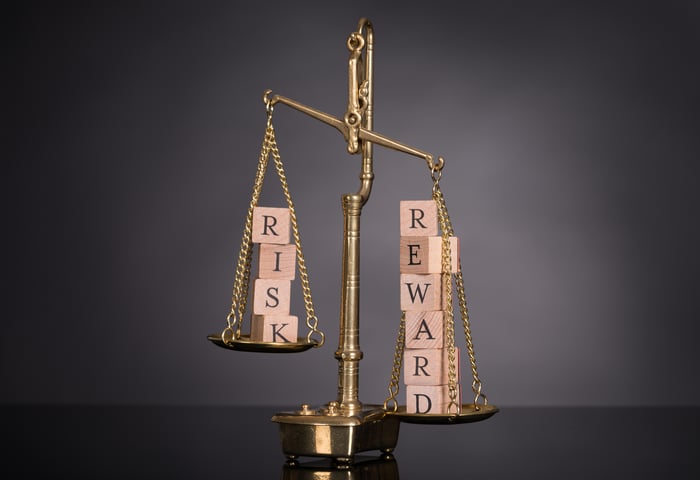 STORE owns single-tenant net lease retail properties. It's normally a pretty stable business, with the REIT posting fairly consistent growth since its IPO in late 2014. That's actually an important date here, since it means STORE has yet to live through an economic downturn as a public company. Many other REITs invest in the same types of assets, but STORE hasn't proven it can handle adversity just yet. State and local efforts to slow the spread of COVID-19, including closing non-essential businesses and asking people to stay at home, are a headwind in and of themselves. But they are also likely to lead to a recession. STORE is facing a major test, so buying just because it was added to an index is not a good plan.

Investors had been waiting to hear how much of the company's April rent roll it was able to collect. Industry trade group NAREIT put out survey results on May 5 that suggested retail rent collection could be within a range of between roughly 50% and 70%. During STORE's first-quarter earnings conference call the REIT noted that it had collected 68% of April rents, coming in toward the top end of the range NAREIT had proposed was likely. Moreover, it had come to rent deferral agreements with most of the tenants that had yet to pay, showing it was taking a proactive approach to a difficult situation. With the biggest names in the net lease sector having reported, STORE appears to be holding up relatively well. That is a much better reason to have this REIT on your radar.

It's too soon to suggest that net lease REITs with a focus on retail assets are suddenly treading greener pastures. In fact, with a recession likely on the way (if it isn't already here), the headwinds for STORE and its peers are likely to linger for longer. But, so far, this young REIT appears to be doing a good job of managing the situation. Don't get too caught up in the index thing; the REIT's fundamental performance is the important information to take away from the last few days. That said, dividend investors should note that the REIT is still examining its dividend policy for the rest of the year, even though it held the payment steady in the first quarter. In other words, a dividend cut still isn't off the table.