Please ensure Javascript is enabled for purposes of website accessibility
Log In Help Join The Motley Fool
Free Article Join Over 1 Million Premium Members And Get More In-Depth Stock Guidance and Research
By Jeremy Bowman – Updated May 8, 2020 at 8:58PM

Shares of the car rental company gained in spite of the severe challenges facing the industry.

Shares of Avis Budget Group (CAR -7.93%) recouped some of its catastrophic losses from earlier in the crisis in April as the stock rebounded on investor optimism about the pandemic easing and some reassuring comments about Avis' liquidity. The rental car company finished the month up 18% in April, according to data from S&P Global Market Intelligence. As you can see from the chart below, it was a rocky month for Avis Budget as the stock remained volatile given its precarious situation. 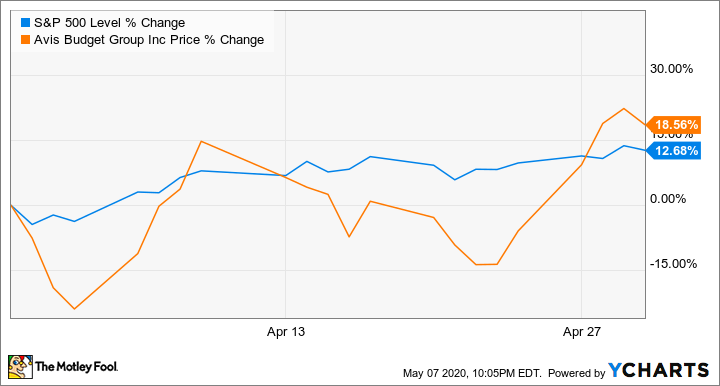 Shares of Avis slipped in the first days of the month as concerns continued to swirl about rental car companies, including rival Hertz, as falling used-car prices became the latest worry for the industry. Rental car companies like Avis depend on resales as they rotate through their fleet, but the industry is now stuck in a glut as car sales have plunged during the shutdown. 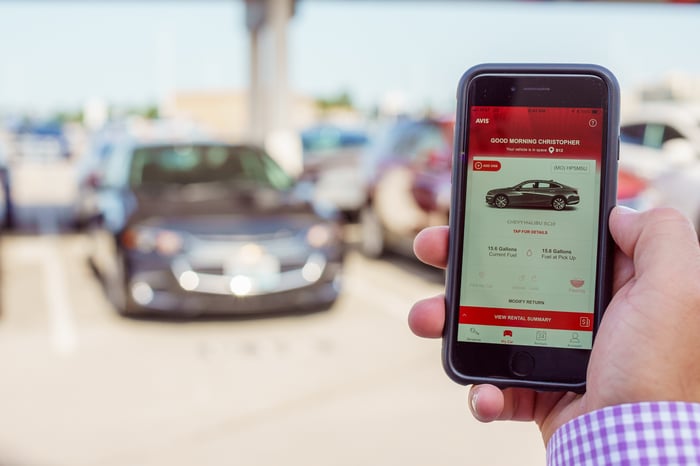 Avis' big reveal of the month came on April 22, when it released preliminary earnings, saying that first-quarter revenue rose 9% in January and February, but March sales fell sharply as stay-at-home orders swept the country. Revenue for the quarter was estimated to be $1.7 billion to $1.8 billion, or down 9% at the midpoint.

Revenue had stabilized in April at an 80% decline, and the company was planning for similar levels in May. It said it expected a pickup starting in June in line with customer reservations and as it expected travel restrictions to ease. As of the end of March, the company had $1.4 billion in liquidity and an additional $225 million in undrawn credit facilities. Avis has no debt maturities until 2023, and said it has adequate liquidity currently to last into 2021. Shares initially jumped on the news, but quickly gave up those gains.

Toward the end of the month, the stock swung on news that Hertz could file for bankruptcy, a sign of the challenges facing the rental car industry.

Avis reported full first-quarter earnings on May 4, but the report contained little new information as it said again that the company expected sales to fall 80% in May before making a gradual recovery starting in June. Avis also raised $500 million in debt at a 10.5% interest rate on May 5, showing how risky lenders see the company. That news helped push the stock down in the first week of May.