Please ensure Javascript is enabled for purposes of website accessibility
Log In Help Join The Motley Fool
Free Article Join Over 1 Million Premium Members And Get More In-Depth Stock Guidance and Research
By Eric Volkman – May 8, 2020 at 12:18PM

The company is maintaining its $0.43 per share quarterly payout.

It's dividend time at American Express (AXP -1.97%). The credit card and financial services giant's board of directors declared Thursday that the company's upcoming quarterly payout will be $0.43 per share. This will be paid on Aug. 20 to stockholders of record as of July 2, and it yields slightly less than 2% at the most recent closing share price.

That disbursement matches the previous two, the latest of which is scheduled to be paid today. Prior to those dividends, American Express had doled out $0.39 per share. 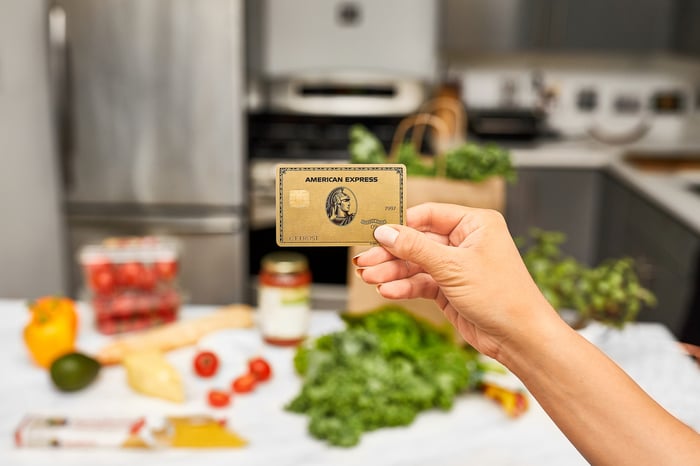 The company is one of the more solid and dependable dividend payers on the market. It has dispensed a quarterly distribution for several decades, and lately, it has tended to raise it by a few cents once annually toward the end of the year. Over the past five years,  payouts have risen steadily from $0.23 per share to the current level.

The company remains in a good financial position, even though it saw a drop in revenue and a more pronounced one in net profit in its most recently reported quarter. Both can be attributed to the economic slowdown caused by the SARS-CoV-2 coronavirus; revenue eroded because of lower spending by "members" (cardholders) at the end of the quarter when stay-at-home measures were widely adopted across the U.S., and nonessential businesses closed.

As for the steeper tumble on the bottom line, this was mainly due to heavier loss provisioning for what is anticipated to be a wave of defaults from customers.

Nevertheless, investors seemed to be cheered by news of the latest dividend. They bid American Express shares up by almost 3.3% on Thursday; the stock ended up outpacing the gains of the top market indexes.