Please ensure Javascript is enabled for purposes of website accessibility
Log In Help Join The Motley Fool
Free Article Join Over 1 Million Premium Members And Get More In-Depth Stock Guidance and Research
By Donna Fuscaldo – May 8, 2020 at 11:40AM

Apple has shifted about 30% of its AirPod production to Vietnam as it looks to diversify given trade wars and pandemics.

Apple (AAPL -3.00%) is beginning to shift some of its AirPods production to Vietnam and out of China, according to a recent report.

Citing unnamed sources, the Nikkei Asian Review reports that around 30%, or 3 million to 4 million, of Apple's AirPods will be produced in Vietnam. Production of Apple's higher-end AirPods Pro will remain in China, however. 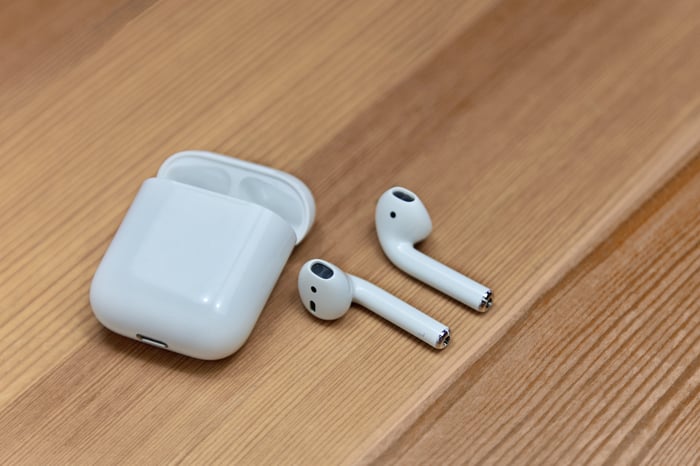 Apple began the shift in March, even as Vietnam was in a lockdown due to the global COVID-19 pandemic, Nikkei reports. The tech giant has been leading the earbuds market for some time now, commanding 36.5% of the market as of the end of 2019.

For months, reports have swirled that Apple was looking to diversify its supply chain amid the ongoing trade war between the U.S. and China. Apple reportedly reconsidered that plan that when both sides reached a Phase One trade agreement late last year.

That was before the COVID-19 pandemic struck, however, creating huge supply chain issues in China. Production is back to normal, but the disruptions potentially could delay the launch of Apple's 5G iPhone. Apple's plans to roll out new AirPods in 2020 could also be impacted by the pandemic.