Please ensure Javascript is enabled for purposes of website accessibility
Log In Help Join The Motley Fool
Free Article Join Over 1 Million Premium Members And Get More In-Depth Stock Guidance and Research
By Rich Smith – May 8, 2020 at 11:32AM

Hope revives for a trade pact with China.

Shares of toymaker Mattel (MAT -1.52%) leapt more than 5% in early trading Friday on no obvious news directly relating to the company. As of 12:10 p.m. EDT, Mattel shares have retracted to a still-respectable 3.2% gain in afternoon trading.

Absent news directly relating to Mattel, what could explain this optimism about a toymaker that -- let's be blunt here -- hasn't earned a full-year GAAP profit in more than three years and just missed on earnings again when reporting another loss earlier this week?

Here's one possibility: News media are reporting that trade negotiators are back at work, trying to lay out a framework for implementing a China-U.S. trade deal signed back in January. 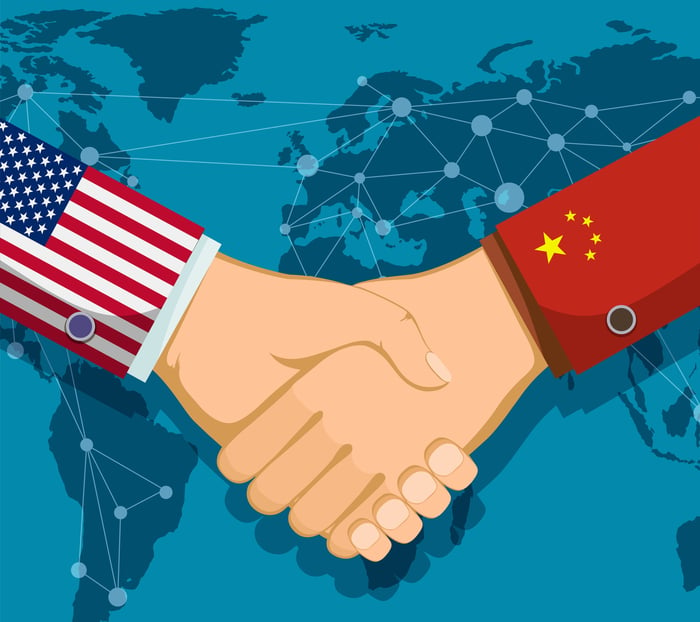 Why is this important to Mattel, and how does it explain the stock moving higher today? Consider that, according to data from S&P Global Market Intelligence, nearly half of Mattel's production assets are located outside of the United States, including the company's "principal manufacturing facilities," several of which "are located in ... China."

Going forward, "Mattel expects an increasing portion of its net revenues to come from new and emerging markets, including China," the company notes in its most recent 10-K filing with the SEC. At the same time, "there is currently significant uncertainty about the future relationship between the U.S. and China, including with respect to trade policies, tariffs, treaties, and government regulations."

Simply put, the more smoothly trade relations with China go, the better for Mattel's business, whether importing toys made in China or selling them locally to Chinese kids. In either direction, investors will be hoping that a resumption in trade talks is good news for Mattel.