Please ensure Javascript is enabled for purposes of website accessibility
Log In Help Join The Motley Fool
Free Article Join Over 1 Million Premium Members And Get More In-Depth Stock Guidance and Research
By Jeremy Bowman - May 8, 2020 at 12:19PM

Ad sales are falling and that's bad news for the streaming device maker.

Shares of Roku (ROKU -0.65%) were heading lower today after the video streaming company said in its first-quarter earnings report that ad growth would be slower than originally anticipated due to the impact of the COVID-19 pandemic. Though the streaming-device maker showed off solid growth in other areas like users and hours watched, the warning about ad sales was enough to send investors packing. 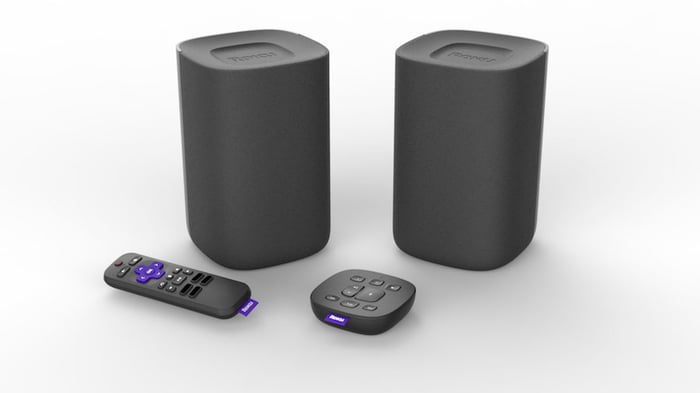 The streaming company reported preliminary numbers in April so investors already had a sense of what to expect. Active accounts jumped 37% to 39.8 million, while streaming hours rose 49% to 13.2 billion as stay-at-home mandates drove increased consumption in the second half of March.

Adjusted EBITDA in the quarter flipped from a $10 million profit in the quarter a year ago to a $16.3 million loss as the company more than doubled spending on marketing to try to capture the opportunity from the stay-at-home orders and as platform monetization was negatively impacted by delays in ad spending. Roku finished the quarter with a loss per share of $0.54, which was worse than estimates at $0.45.

What seemed to rattle the market most was management's comments in the shareholder letter warning about growth in the ad business this year, saying, "We anticipate that our ad business will deliver substantial revenue growth on a year-over-year basis, albeit at a slower pace and lower gross profit than we originally expected for the year." It also said it would slow down its rate of growth in operating expenses and capital expenditures because of the impact on ad sales.

Roku had already pulled its earnings guidance for the year given the uncertainty around COVID-19, but the impact of the pandemic seems to favor it over the long term. The economic recession is likely to increase cord-cutting, which will drive more consumers toward streaming, especially free or discounted options like the ad-supported channels Roku relies on.

Though 2020 may be a challenging year, Roku's long-term growth story is still very much in tact.