Please ensure Javascript is enabled for purposes of website accessibility
Log In Help Join The Motley Fool
Free Article Join Over 1 Million Premium Members And Get More In-Depth Stock Guidance and Research
By Keith Speights – May 9, 2020 at 8:01AM

Here's what it would take to turn a $10,000 investment in this high-flying healthcare stock into a cool $1 million.

Livongo Health (LVGO) has made some investors a lot of money in a short period of time. The healthcare-technology provider conducted its initial public offering (IPO) in July 2019 with a price of $28 per share. An initial investment of $10,000 would have turned into around $19,000 in less than nine months. That's an impressive return.

But many investors missed out on Livongo's IPO. What if you bought the healthcare stock now and held on for 20 years or so? Could Livongo be a millionaire-maker stock over the long run? 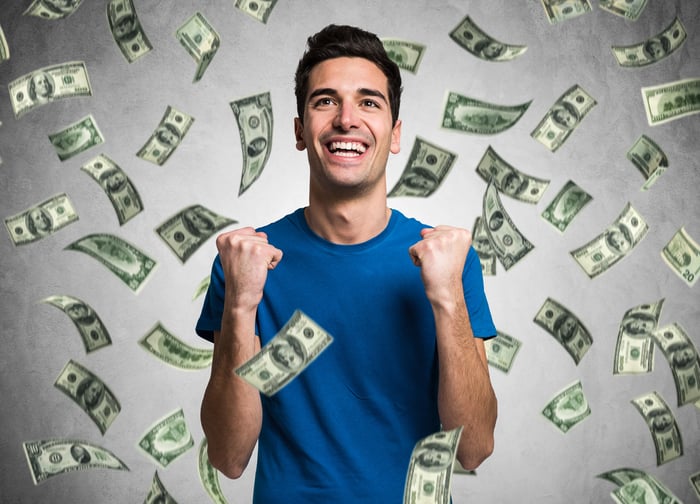 Let's put Livongo Health to the side for a minute. What general characteristics would any stock with a strong potential of turning $10,000 into $1 million over a span of 20 years have? Here are three things that rank high on my list:

All of these items go hand in hand. A company that's already big will have a hard time delivering a 100 times return, regardless of the market opportunity. A small company with a small potential market won't be able to grow significantly, either. And even if a small company targets a massive potential market, it still has to have a product or service that will enable it to capture a big chunk of that market.

But a small company that's going after a huge market with a game-changing product or service at least has a shot at making investors a cool $1 million over time. I have good news: Livongo Health checks off all three boxes.

First, the company's market cap is only a little over $5 billion. That's small enough to give the stock plenty of room to run.

Second, Livongo's total addressable market is huge. There are around 31.4 million people in the U.S. with diabetes. Add in another 39.6 million with hypertension. Based on Livongo's subscription costs for its diabetes and hypertension management products, the company's potential market is roughly $46.7 billion per year. And that's just in the U.S.

Third, Livongo's platform truly is a game changer. Its personalized coaching, powered by artificial intelligence, improves health outcomes and saves money -- to the tune of over $1,900 annually for individuals with diabetes. It's not surprising at all that Livongo's revenue soared 115% year over year in the first quarter of 2020 and that the company just won a big contract to provide access to its diabetes and hypertension platform to federal employees, retirees, and their dependents.

But could Livongo Health really turn an initial investment of $10,000 into $1 million over the next 20 years? It's a daunting challenge.

To achieve the goal, the stock would need to deliver a compound annual growth rate (CAGR) of a little under 26%. For what it's worth, the company's revenue has increased by a CAGR of nearly 135% over the past couple of years. However, it's unlikely that Livongo will be able to keep up that sizzling rate of growth.

Livongo's market cap would need to soar from around $5 billion today to roughly $500 billion by 2040 to make you a millionaire, with an initial investment of $10,000. If we use a price-to-sales ratio of eight (which is on the high side but isn't unheard of), the company would need to generate annual sales of around $62.5 billion to merit such a large market cap.

We've got a problem, though. Livongo's total addressable market is a little under $47 billion. Even if the company captured a 100% market share, it wouldn't make enough to be a millionaire-maker.

The obvious solution is that Livongo needs a larger addressable market. One option is to expand beyond the U.S. Another alternative is to focus on additional chronic conditions, something that the company is already doing by moving into behavioral health. Still, getting to $62.5 billion in annual revenue appears to be a goal that Livongo is unlikely to achieve.

Perhaps we should rephrase the question. Instead of asking whether or not Livongo Health could be a millionaire-maker stock over the next 20 years, let's ask if the stock could make investors today a tenfold return over the next decade.

To pull this goal off, Livongo would need to rake in annual sales of around $6.3 billion. That translates to a market share of less than 14% of the U.S. diabetes and hypertension opportunity. Is that market share doable? I think so, especially as Livongo expands its market into other chronic conditions.

My view is that Livongo Health is absolutely a stock that should make investors a lot of money over the long run. Now all you need to do is find a few more similar stocks to reach the millionaire level.