Please ensure Javascript is enabled for purposes of website accessibility
Log In Help Join The Motley Fool
Free Article Join Over 1 Million Premium Members And Get More In-Depth Stock Guidance and Research
By David Haen – May 9, 2020 at 6:44AM

Not all IPO returns are equal.

Initial public offerings, or IPOs, usually garner lots of attention. And why not? Like sports teams jockeying for top prospects on draft day, investors line up to own a piece of the company as it commences trading. The company, its employees, and existing investors clamor to see whether the stock will jump or sink, adjusting their net worths accordingly. 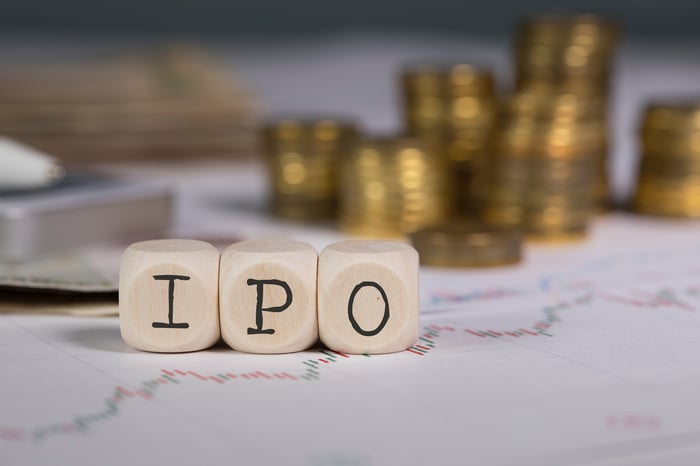 Virtually all biotech IPOs occur while the company is still in the research and development stage. The companies go public to raise money to fund that research. Amarin (AMRN -6.30%) is no exception. After completing its IPO in 1993, the Amarin that investors know today is unrecognizable as the company that went public in the early 1990s.

Known as Ethical Holdings, the company started as a transdermal patch drug delivery outfit that licensed its technology to other companies. Internally, it had focused on using the patch to administer hormone replacement therapy. In 1999, Amarin sold the patch technology and acquired rights to two drugs, one marketed and one in development, for treating symptoms of Parkinson's disease. The company changed its name to Amarin with this shift in business.

With a new therapeutic focus, Amarin set off to expand its pipeline. In 2000, the company licensed a drug for Huntington's disease and other neurological conditions. This drug went on to be the main focus of the company until it failed in 2007 in two phase 3 clinical trials for the treatment of Huntington's disease. The drug performed no better than placebo against the primary and secondary endpoints. Of course, the stock dropped like a bag of bricks, losing around 75% of its value.

However, in 2004, Amarin made a savvy acquisition of private company Laxdale Limited, which gave it (among other assets) a novel lipid technology platform. This platform would eventually lead to Amarin's currently approved cardiovascular disease drug Vascepa.

Amarin's stock price today is intimately connected to the success of Vascepa, which is derived from fish oil. When the FDA approved an expanded indication for the drug last December, the stock rose. However, when a district court ruled one of Vascepa's patents invalid at the end of March, opening the way for generic competition, the stock tanked.

Investors in Amarin's IPO have little to show for themselves despite holding the stock for 27 years. According to data from YCharts, an initial $10,000 investment would be worth roughly $127 today. Ouch! That's a testament to the continuous need for capital and therefore dilution to shareholders that can happen in the long, arduous road to successfully developing a drug.

Don't get me wrong. Plenty of biotech investors have made money owning Amarin stock over the years. This is a lesson for buy-and-hold investors. As the business undergoes significant changes, as it did over the life of Amarin, investors must reassess their investment thesis and time horizon.

If investors had instead put $10,000 into the 1993 IPO for the tech company Intuit (INTU -2.71%), those investors would be sitting pretty. That investment would be worth approximately $1.13 million today. 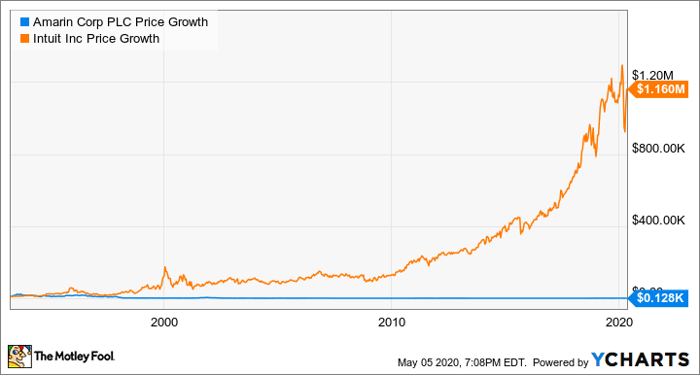 This isn't to say tech IPOs are better than biotech ones. It simply illustrates that after 27 years of being public, companies can be deemed successful or not. Amarin has an approved drug on pace to generate hundreds of millions in revenues this year -- but the stock performance does not always correlate.