Please ensure Javascript is enabled for purposes of website accessibility
Log In Help Join The Motley Fool
Free Article Join Over 1 Million Premium Members And Get More In-Depth Stock Guidance and Research
By David Haen - May 9, 2020 at 6:47AM

Two positive late-stage clinical trials may just be the beginning.

The past few weeks have been quite busy for Axsome Therapeutics (AXSM 39.76%), notching two wins and one failure in late-stage clinical trials.

On March 30, the company reported its drug AXS-05 failed to achieve the primary endpoint in a phase 3 clinical trial for patients with treatment-resistant depression. Weeks later, Axsome hailed a clinical trial success with AXS-05 for Alzheimer's disease-related agitation. In between those two events, the company boasted that another drug, ASX-07, had successfully completed a phase 3 trial for migraine pain. 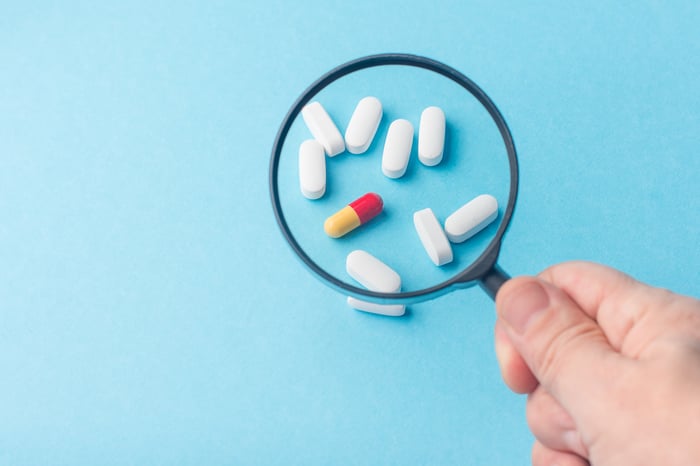 Roughly 70% of the six million Alzheimer's disease patients in the U.S. experience episodes of agitation, and it appears to be more frequent for those living in patient-care facilities like nursing homes. Unfortunately, no FDA-approved treatments exist to treat this symptom.

In Axsome's trial, it tested AXS-05 against placebo and a drug called bupropion, which isn't approved to treat this indication but is sometimes used to treat patients. AXS-05 outperformed both comparators on the primary endpoint: The change from baseline to week five using the Cohen-Mansfield Agitation Inventory total score. This rating scale evaluates both physical and verbal aggressive and non-aggressive behaviors.

With positive trial data in hand, Axsome plans to meet with the FDA to discuss the pathway to get AXS-05 approved for treating Alzheimer's disease agitation. Separately, Axsome plans to file a New Drug Application in the fourth quarter for the approval of AXS-05 as a treatment for major depressive disorder.

Axsome's next promising drug candidate, AXS-07, successfully met two co-primary endpoints in a pivotal clinical trial for migraine pain. One-third of patients receiving the drug went pain-free compared to only 16% in the placebo arm. Furthermore, the drug prevented mild pain from worsening in 74% of treated patients, allowing for a return to normal function within 24 hours. Patients experienced relief as early as 30 minutes after taking AXS-07.

Based on these data, Axsome intends to submit an application to the FDA for approval for acute treatment of migraine in the fourth quarter of this year. According to an analysis by a group at the Centers for Disease Control and Prevention, severe migraines affect approximately one out of seven Americans annually. This translates to nearly 40 million people in the U.S. alone, not to mention the rest of the world. 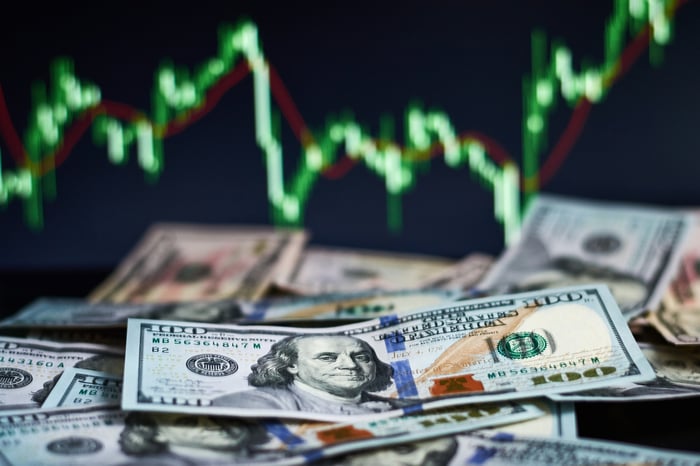 Axsome trades around $91 per share, imputing a market cap of approximately $3.3 billion. This may sound rich, particularly after the stock's meteoric gain of 3,600% in 2019. However, analysts see room for the stock to rise. Six analysts estimate the 12-month stock price to be somewhere between $115 to $210 per share. Even the average estimate of $142 presents 58% upside for investors who buy the stock today.

Simply put, AXS-05 could be a huge drug. First, the major depressive disorder submission for approval will be submitted in the fourth quarter. The recent data in Alzheimer's agitation could be even bigger.

Developing treatments for neurodegenerative diseases, like Alzheimer's disease, has eluded the drug industry. However, treating symptoms has produced some successes. Acadia Pharmaceuticals (ACAD -2.96%) grew into a $7.5 billion company on the back of its drug Nuplazid. The drug treats hallucinations and delusions in patients with Parkinson's disease psychosis and brought in $339.1 million in revenue last year.

Second, AXS-07 provides a new, relatively quick-acting migraine therapy. The market is huge since less than 5% of those with migraines see a pain or headache specialist. Through awareness and education that percentage could easily increase substantially. The market is crowded with a variety of treatment options, including recently approved drugs for prevention. However, not all drugs work for all patients. Therefore, a new entrant can capture a piece of the market.

Third, Axsome could be an attractive buyout candidate. With clinical data in hand for two drugs in their first indications, the clinical risk has been effectively eliminated for a pharmaceutical acquirer. Plus, studies for expanding AXS-05 into additional indications are already underway, and Axsome has a pipeline of additional drug candidates. Most big pharma companies shine when it comes to selling drugs into large market indications like Alzheimer's disease and migraine. Their sheer size, breadth of capability, and brand name can help achieve commercial success for Axsome's drugs.

While it's impossible to predict if and when Axsome gets bought out, the stock looks attractive at this juncture. 2021 could see two drugs gaining FDA approval, and the company plans to start more studies this year. Importantly, the recent results from three late-stage trials mean no big binary events for the remainder of the year that might cause the stock to implode. Biotech investors can use any dips in the stock to accumulate shares. I think the stock will rise around 50% if it remains independent and could return around a double if bought.