Please ensure Javascript is enabled for purposes of website accessibility
Log In Help Join The Motley Fool
Free Article Join Over 1 Million Premium Members And Get More In-Depth Stock Guidance and Research
By Zhiyuan Sun - May 9, 2020 at 7:10AM

Competition is about to ramp up significantly in the $1.7 billion market for treating chronic sleep disorder.

For years, Jazz Pharmaceuticals' (JAZZ 0.25%) success has been almost entirely dependent on that of Xyrem, a narcolepsy drug responsible for more than 70% of the company's revenue. The company's good fortune is likely to come to an end: Recently, Harmony Biosciences, Avadel Pharmaceuticals (AVDL 7.31%), and Axsome Therapeutics (AXSM -0.30%) have all developed (or are about to develop) branded competitors that will take market share away from Xyrem before its patent expires.

Narcolepsy is a chronic sleep disorder that causes an overwhelming desire to fall asleep during the day. Patients with the condition may also experience sudden, frequent, and uncontrolled loss of muscle control during the day, known as cataplexy. The condition affects more than 200,000 people in the United States. 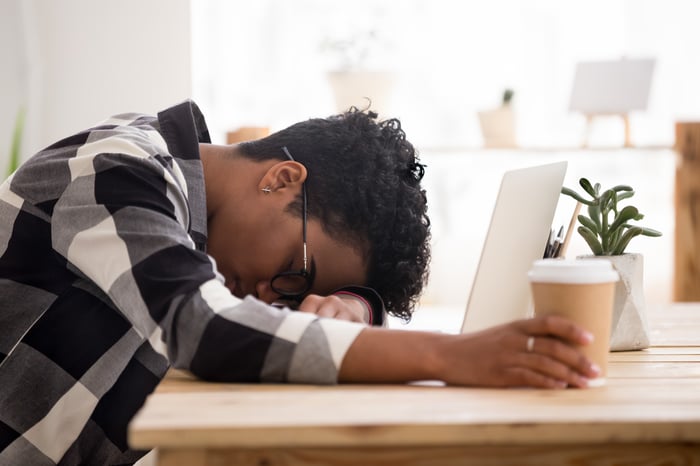 In 2002, the U.S. Food and Drug Administration (FDA) approved Xyrem as the first novel therapy to treat the condition, and it has been recommended by the American Academy for Sleep Medicine as its standard of care. The drug's active pharmaceutical ingredient (API) is sodium oxybate, which is an orally ingested, liquid anesthetic that induces deep sleep in patients, and is also classified as a Schedule I controlled substance.

Xyrem now accounts for more than two-thirds of Jazz's $2-billion-per-year revenue, and the drug's sales are growing by more than 10% annually. It is worth noting that the drug costs more than $5,000 for one 6-ounce bottle, with patients averaging two to three bottles per month for treatment.

Even with a 20% insurance co-pay, this amounts to between $2,000 to $3,000 out of pocket per month just so patients can get a good night's sleep. Hence, the market is ripe for price disruptions to make the treatment more affordable. For more than 17 years, there have been no competitor drugs to treat the condition. That all changed with the launch of two branded competitors in 2019.

More musicians at the concert

First up, Harmony Biosciences has developed Wakix as the first non-controlled substance for the treatment of excessive daytime sleepiness in patients with narcolepsy. Moreover, Jazz itself has developed Sunosi to compete with Xyrem for the same indication as Wakix. While the innovation of new drugs is no doubt good news, it is not necessarily positive from a bottom-line perspective. For example, Jazz may begin cannibalizing its own revenues by launching new products in the same market, causing Xyrem's price to decrease.

And Jazz has yet another drug lined up for the narcolepsy market with its New Drug Application for JZP-258, submitted in January. The therapy is indicated for the treatment of excessive daytime sleepiness and for a reduction in the mean number of cataplexy attacks -- exactly the same as Xyrem.

However, JZP-258 can accomplish a task that Xyrem cannot. One dose of Xyrem can contain up to 1,640 mg of sodium, which is higher than the daily 1,500 mg sodium intake recommended by the American Heart Association. The new formulation contains 92% less sodium than Xyrem, and should open up a new market for patients with both narcolepsy and high blood pressure.

The new endeavor, however, may be too little, too late. Key chemical composition patents covering Xyrem already expired in 2019, and patents protecting its method of delivery are set to expire between 2023 and 2025. Manufacturers of generic drugs are already applauding this opportunity. Currently, there are nine Abbreviated New Drug Applications on file with the FDA for copycat versions of Xyrem. Out of this number, four have already been approved, the first of which is set to launch Jan. 1, 2023.

When a branded drug encounters generic competition, its price can decline by up to 90% within the span of 12 months. In other words, post-2023, Xyrem's revenues may very well decline below $200 million per year. This certainly makes Jazz's $6.3 billion valuation a lot less enticing, and shareholders should be aware that even more branded competitors will be coming before then.

What Avadel is bringing to the show

Recently, Avadel's formulation of sodium oxybate, FT-218, witnessed successful top-line results during phase 3 clinical trials. All co-primary endpoints -- such as reductions in the mean number of cataplexy attacks, improvements in wakefulness, and percentage of patients achieving a satisfying sleep -- were met with robust statistical significance and are comparable to the level of efficacy in Xyrem.

Moreover, FT-218 boasts a feature Xyrem does not. Currently, patients taking Xyrem must wake up in the middle of the night to administer a dose to achieve a full eight-hour sleep cycle. FT-218 may give these patients the ability to achieve a full eight-hour sleep after just one dose before bed. Although this was not a direct primary endpoint in the trial, some investors see it as a strong positive, arguing that even if the effects of FT-218 wear off, patients will remain asleep because their regular rapid-eye movement (REM) sleep cycle will have kicked in. In all, approval for the drug may come as early as 2021.

What Axsome is bringing to the show

Last December, Axsome's experimental drug AXS-12 witnessed success in phase 2 trials, with 76.2% of patients with narcolepsy who took the drug seeing a greater than 50% reduction in the mean number of cataplexy attacks they experienced compared with placebo. Unlike Xyrem, the active pharmaceutical ingredient (API) in AXS-12 is not classified as a controlled substance. This means patients taking AXS-12 may be able to enjoy the same level of efficacy Xyrem provides without the risk of serious adverse events.

Indeed, at higher doses, Xyrem may cause hallucinations, agitation, or even delirium. In all, the phase 2 results for AXS-12 were outstanding, and Axsome is planning to begin phase 3 trials this year. If all goes well, the drug may be on the market by 2022. 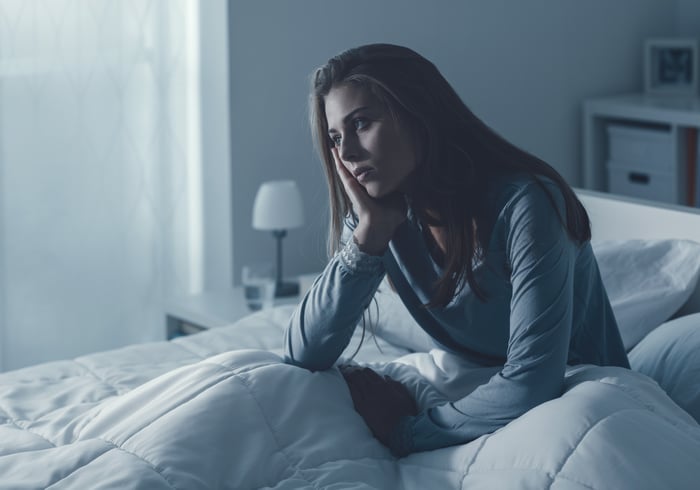 Is there any hope for Jazz?

Unfortunately, the outlook for Jazz is rather grim, given the potential for up to five branded competitors and nine generic competitors to hit the $1.7 billion narcolepsy treatment market. A total of 15 drugs (including Xyrem) all targeting one narrow indication will no doubt result in intense price wars that are beneficial to patients but detrimental to Jazz's core revenues. While the stock is trading for just 9 times earnings, this is more or less a trap for value investors. Again, more than two-thirds of Jazz's revenue depends on Xyrem, and by 2023, Xyrem's sales may decline by more than $1 billion due to fierce competition.

The other components of Jazz's portfolio just aren't enough to keep things going. One potential candidate, Vyxeos -- for the treatment of acute myeloid leukemia -- only brought in $121 million last year. This is certainly not that impressive for a company trading at a multibillion-dollar valuation. All said, I expect Xyrem's growth rate to fall as early as this year, and I think pharmaceutical investors are better off looking at other opportunities.