Please ensure Javascript is enabled for purposes of website accessibility
Log In Help Join The Motley Fool
Free Article Join Over 1 Million Premium Members And Get More In-Depth Stock Guidance and Research
By Billy Duberstein - Updated May 11, 2020 at 12:58PM

On Friday, the Bureau of Labor Statistics released the latest jobs numbers, and they weren't pretty. Nonfarm payrolls fell by 20.5 million in April, and the U.S. unemployment rate has now soared to 14.7%. However, one silver lining is that many of those laid off expect to eventually return to their previous jobs. Of those laid off, 18.1 million expect to eventually get their old jobs back.

Those hopes may prove optimistic if the coronavirus-related recession leads to lingering demand destruction across a wide range of industries. Yet if you happen to find yourself in this unfortunate situation, one company is offering a crash course in a very in-demand skillset for the new "data economy." The course is free to displaced workers and could help you land a different -- and potentially better -- job coming out of the crisis than going in.

Here's what the program is and why you should consider taking it, if you have a month to spare. 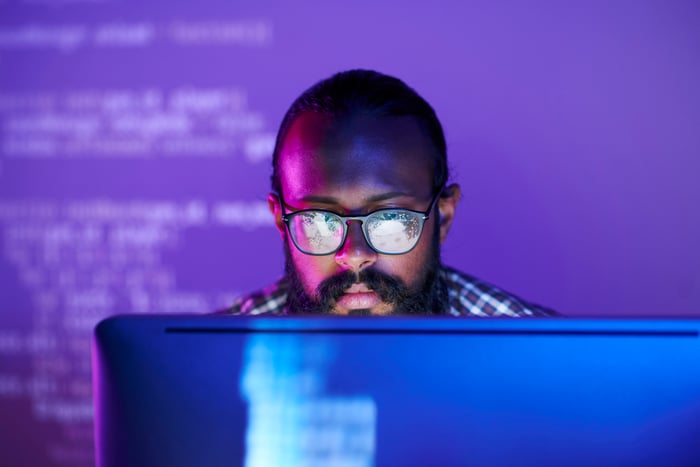 Data science software company Alteryx (AYX 3.11%), has very quickly constructed a new crash course in data science and predictive analytics for displaced workers it calls Advancing Data and Analytics Potential Together (ADAPT). Alteryx developed ADAPT under its "Alteryx for Good" platform, an educational outreach program Alteryx had even before COVID-19. Alteryx for Good is designed to educate and offer services to nonprofits, students, and educators on the ins and outs of data science and predictive analytics. Now, amid COVID-19, Alteryx has developed a monthlong curriculum that's essentially an intensive crash course in data science, offered through partner Udacity, an online education company founded in 2011. The course is free to both new graduates, as well as those who have been displaced by the COVID-19 pandemic.

The course runs in three parts:

Key modules include learning how to create a data set, do classification models, and conduct A/B testing, time series, and data segmentation. The course also comes with a six-month license to Alteryx Designer, Alteryx's main desktop software product used by citizen data scientists at companies large and small. As of March 31, Alteryx had 6,443 total customers, including 731 or 37% of the Global 2000. Alteryx was also named a leader in data science and machine learning in Gartner's (IT 2.80%) 2020 magic quadrant ratings this year. 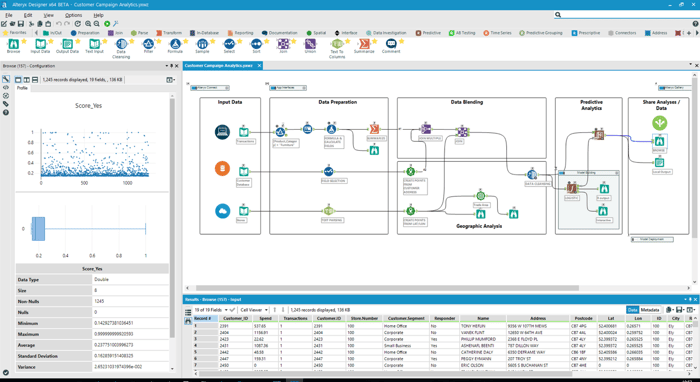 So by undergoing this training course, students will also become familiar with a leading data science software platform. If that sounds intimidating, Alteryx's software is designed to be user-friendly, accessible to the professional data scientist and layperson alike. On the application page, even those without any data-related experienced are encouraged to apply. Students will also get access to the Alteryx community with thousands of experts and other users to help them learn the ropes, as well as one-on-one access to members of Alteryx's team.

The time to complete the course can vary, but Alteryx's press release claims it should take a bit over 120 hours, or about a month if spending 40 full hours per week. Upon completion, students will receive a Udacity "Nanodegree," or a specialized degree designed to give IT workers entry-level skills into a certain technology jobs -- in this case, predictive analytics. Udacity's first "nanodegree" was developed in conjunction with AT&T back in 2014 for entry-level IT jobs at the telecom giant.

A growing need for data science

The new economy of the 2020s is going to run on data-driven insights, automation, artificial intelligence and machine learning. According to a World Economic Forum report released last year, the WEF found that data science roles were among the "highest in-demand roles in the labor market," adding: "[I]n the Fourth Industrial Revolution, all sectors will need to undergo a fundamental transformation to fully absorb the potential dividends of the data economy. Such transformations will need to be accompanied by appropriate talent investments in data science skills." Frankly, many U.S. workers don't have these necessary skills, but Alteryx is trying to change that with ADAPT, at least in some small way.

Of course, wide adoption of the course should also help Alteryx in the long run as well. Enterprise software-as-a-service companies benefit from strong network effects, meaning that the more familiar workers are with a certain type of software, the more enterprises adopt that software, which in turn gets more workers familiar with that software, and on and on in a virtuous circle. Certainly, Alteryx's course, while noble, should also help "prime the pump," so to speak, by bringing in a whole new class of Alteryx users.

Last quarter, Alteryx showed strong 43% revenue growth, though it forecast a big deceleration to 15% growth next quarter, as the COVID-19 outbreak has caused some elevated churn in Europe, delays in renewals, and general caution of the part of buyers.

However, Alteryx's data analytics platform still has a large growth opportunity in front of it after the pandemic-related interruption. CEO Dean Stoecker pointed out that Alteryx only has 1% penetration among corporate data analysts who still use the clunkier row-and-column Excel software from Microsoft (MSFT 1.70%), which was initially developed 35 years ago.

It's certainly possible for companies to do good for society as well as their own businesses at the same time, and Alteryx's ADAPT program seems to be an example of that. So if you're unemployed, furloughed, or semi-retired and want to upgrade your skill-set, you may want to investigate Alteryx's ADAPT course. After all, if you qualify, it's free!