Hormel Foods (NYSE:HRL), famous parent of the Spam, Jennie-O, Dinty Moore, and other brands, said it's handing out $7 million in additional bonuses to reward workers who choose to stay on the job despite the risks during the coronavirus outbreak. The payment is a followup to a $4 million cash distribution last month.

The bonus comes as ongoing disputes, plant closures, protests, and shortages continue to rack the highly centralized U.S. meatpacking industry during COVID-19. As high rates of infection at meat processing facilities across the country triggered closures during April, President Donald Trump ordered meatpackers to remain open, drawing pushback from both unions and workers. 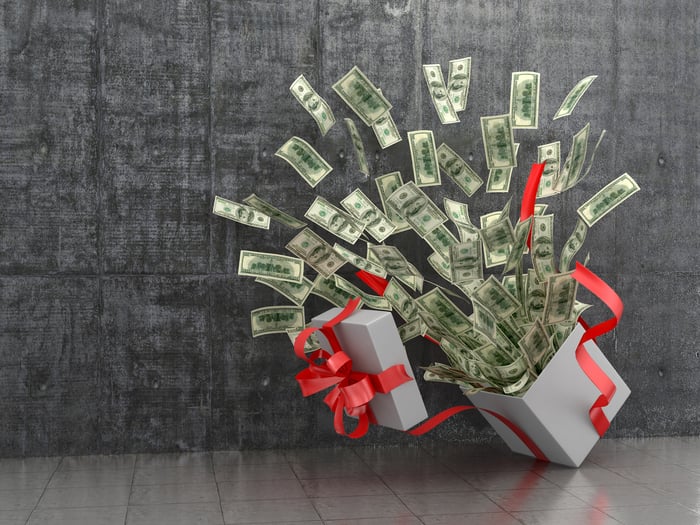 Full-time workers will receive $500 cash during the second round of bonuses, up from the $300 they got in April, bringing their total extra pay to $800. Part-time workers are slated to receive $150, the same amount Hormel paid them last month. The company will cut the actual bonus checks during the first week in July.

Hormel Foods President and CEO Jim Snee asked the public to thank plant employees for their efforts keeping America's food industry operational, remarking, "we shouldn't forget the millions of people who are showing up and working hard to keep our food supply chain running." He continued, "They should be recognized for the heroic and purposeful work they are doing and they have our most sincere appreciation and gratitude."

The company is also running a five-day virtual film festival on YouTube, starting today, featuring short, upbeat films about people making a difference "at a time when we could all use some inspiration and hope."